Our Computer Recycling Service have been recognized as one of the best not only in Fort Wayne but also in the entire North America. We are also on top in providing E-Waste Recycling Services in this city. Your e-wastes are in good care with us.

Our company has been recognized in Fort Wayne as the best in electronic waste recycling. You need a professional to help you do the proper disposal of your e-waste. You can rely on us. We have the best people to assist you.

Our proven Data Destruction services have already enjoyed by many of our clients in the city. These services come with many options like files wiping and degaussing. Our option is designed to ensure that your data remain safe.

We offer in this city a professional Hard Drive Shredding service. Secure your files always. We have people in the company capable of doing the right shredding process using our modern facilities.

You can now easily earn money out of your end-of-life IT assets. All Green Electronics Recycling will help you deal with it. Entrust to us your disposable equipment. We will handle them properly.

Computer Recycling in Fort Wayne, IN

Electronic waste when left unattended is hazardous to the human health and this planet. The Environmental Protection Agency said that E-waste is the fastest to accumulate in the country’s waste stream. All Green Electronics Recycling has the perfect solution to this kind of a problem. We’re a certified PC recycling company that uses eco-friendly approaches in collecting, recycling and refurbishing reusable computer parts. For people in this part of the country, we have the Fort Wayne Computer Recycling for your computer recycling needs. 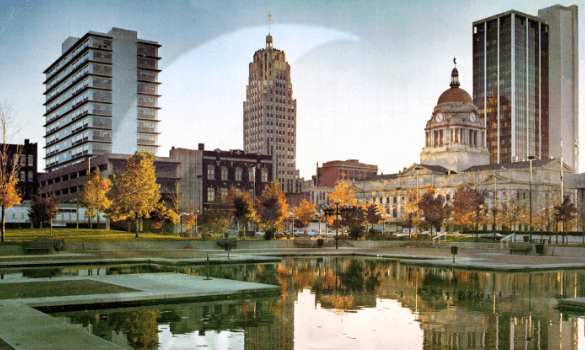 Through the years, Fort Wayne City located in northeastern Indiana has managed to strike a balance between progress and livability. The city was recipient of the All-American City Award in 1982, 1998 and 2009 and was given the Outstanding Achievement City Livability Award by the US Conference of Mayor in 1999.  Fort Wayne now has a population of 253, 691 based making it the 77th most populous city in the country today.

Its total number of households already reached 113, 541. During the earlier part of the 20th century, Fort Wayne was influenced by the City Beautiful Movement and adopted a “park and boulevard plan” conceived by urban planner Charles Mulford Robinson. Its master plan included a network of parkways and boulevards connecting the city’s three rivers and its Spy Run Creek to dozens of neighborhoods and parks.

There is never an excuse to laziness and disregard for health and environmental protection. Fort Wayne Computer Recycling provides the best and the most convenient means of making sure that the people of Fort Wayne do not pollute the environment with their indiscriminate disposal of old computers.

We offer reliable and hassle-free computer recycling for your convenience. All you have to do is to give us a call. We will schedule an E-waste pick up at the your most convenient time.