In Indiana and the rest of the country, we are the most trusted e-waste recycling company. Services in Fort Wayne include IT Asset Disposition, Certified Hard Drive Destruction and On-Site Hard Drive Shredding. No other companies do it like us.

Finding a reputable electronics company is not always easy. We enjoy a good reputation as the premier recycler in Fort Wayne. We are certified and we do things right.

We are very meticulous about every part of a computer—almost everything is recycled. We make sure that no toxic part goes to the landfill. Beware of companies that don’t follow the law.

Make sure your electronics company appropriately disposes IT asset. We have proven that we can handle arrangements the clients want to make as long as these are at par with the laws. We can recycle and we can shred those memory-laden parts.

Data Destruction in Fort Wayne, IN 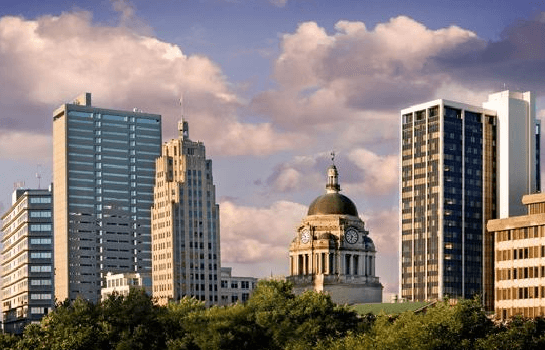 All Green Electronics Recycling is an expert in data destruction services. It employs a group of people who knows what to do with technology and how to socially and ecologically dispose of technology. But you can’t just throw technology away, it has to be digitally cleaned in order to prevent any breach in information. Merely deleting information is not enough, because there will always be traces in the system known as data remanence.

Fort Wayne is a city in the state of Indiana. It has a population of 260,326 people, and the second most populous city in the state—just behind Indianapolis. The city is named after a statesman named Anthony Wayne, who created Fort Wayne during the American Revolutionary War. It is one of the most livable cities in the country. It received the All-American City Award in 1982, 1998 and 2009. Then in 2009, it received the Outstanding Achievement City Livability Award.

Manufacturing is what drives the Fort Wayne economy. The opening of railroads in the city has made it easier for Fort Wayne to do business with even bigger cities like Chicago, Detroit and Cleveland.

The Best in Data Destruction Service

Data breach is both a financial and corporate hassle. For one, if there is a data breach, the recycler will be liable for damages. Sometimes, millions of dollars are at stake. It is also a corporate impediment because a company’s reputation is at stake. All Green Electronics Recycling provides socially and ethically responsible Fort Wayne Data Destruction service.