Our excellent Data Destruction Service in Los Angeles is now well-known. The same service is also offered in the rest of California and even across the United States. We are recognized as the leading Electronic Recycling Company in Los Angeles.

We are skilled in recycling e-waste in Los Angeles. Our excellent delivery of services to our costumers has define us to be the best in the field of e-waste recycling.

Computer Recycling is now available in Los Angeles through our company. To make this easy for you, just tell us where to pick up your equipment and we will be there. We can effectively handle your e-waste.

A reliable shredding procedure of hard drives in Los Angeles is available with us. We have trusted workers in our company who can do e-waste recycling procedure with your presence.

Dispose your Old IT Equipment properly in order to avoid possible negative impacts of this to environmental health. Contact us today and make your End-of-Life IT Assets beneficial to you instead of just putting them to landfills.

In 2009, an investigative team of journalists purchased a computer from Ghana. The journalists were surprised when experts retrieved sensitive information in the computer’s hard drive. The data was owned by Northrop Grumman, a U.S. government contractor. Imagine the controversy, and the panic from the government. At least, the information didn’t reach the hands of entrepreneurial individuals who would sell information. This incident will never happen with All Green Electronics Recycling’s Los Angeles Data Destruction. 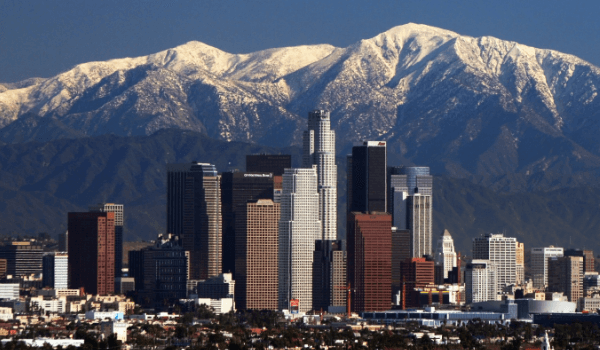 What actually happened was that Northrop Grumman was due to replace their computers. It hired a company to handle the computer recycling. But some companies, when they do computer recycling, actually intends to sell these computers to developing countries—Ghana, China, India and others. And some of those companies do not destroy the data in the computer—data live forever until these undergo data destruction by a team of information technology experts.

Los Angeles, also known as the City of Angeles, is the biggest and most populous city in the state of California. It is also the second most populous city in the country with 3.8 million people. It is the center of world’s entertainment industry. It is also a melting pot of culture—over 140 countries represented in the city and over 220 different languages are spoken.

Indicative of how well-represented other nations are in Los Angeles, here are some of villages in the area:

Los Angeles Data Destruction: This Is the Best

To prevent another incident like Northrop Grumman, we open this particular service.We have tightly integrated destruction services into its centrally managed IT Asset Disposition Process. The system is built on the principle of transparency and accountability. This way, client knows when exactly the data was destroyed. The client will also receive a report regarding the matter.

Our Los Angeles Data Destruction is certified to handle such things. Among the many certifications we received is an R2 for responsible recycling handed out by the Sustainable Electronics Recycling International.