If you’re looking for a company that offers a high quality service of Hard Drive Shredding in Los Angeles, All Green Electronics Recycling is here. Our service is not only limited to hard drive shredding, we also provide different options for e-waste recycling that are suitable to your needs.

A trusted Electronics Recycling system is now available in Los Angeles. We offer a convenient and responsible recycling process that is accessible for everyone. We're highly recognized in this industry for many years because of the excellent service being delivered to those needy.

Proper Recycling of computers in Los Angeles is required. We can help save the environment and the people from the possible negative impacts caused by a careless disposal of old computer items. Our team will properly handle your old computer equipment.

We offer the best Data Destruction in Los Angeles as part of our extensive e-waste services. We have workers skilled in wiping, degaussing, crushing or shredding your data. Our process is tried and tested. So contact us now!

We offer a certified ITAD services. All Green Electronics Recycling is capable in handling the proper recycling, reselling or destruction of your old equipment and other technological facilities.

The hard drive shredding business is booming right now. A few years back, a number of companies who have adhered to the advocacy of computer recycling are also complaining of data breaches. This is because when a computer is recycled, digital data are still in the system. Even when one deletes data or overwrites them to wipe the slate clean, data remains unless data destruction or hard drive shredding is employed. In California, companies who fear data breach can hire a Los Angeles Hard Drive Shredding service. 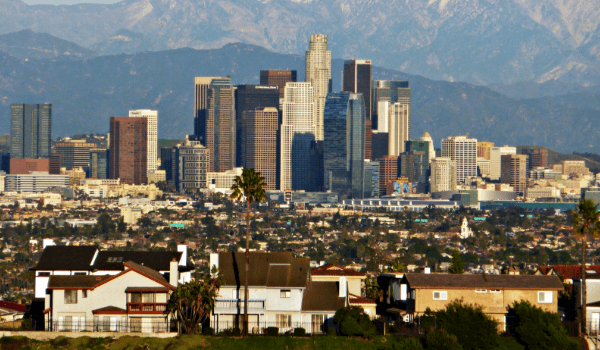 We provide on-site hard drive shredding in order to make sure digital data don’t travel from the company to the recycling facility. The recycler has a state-of-the-art mobile system that can transport obsolete computers, and can shred electronics.

Los Angeles or the City of Angeles is the second most populous city in the country, and the second most popular—just tailing behind New York. There are around 3.8 million people living in Los Angeles. The economy is driven by a lot of things: entertainment, international trade, tourism and technology, among many others. Entertainment is a given, considering that Los Angeles is where Hollywood is. And as a result of this booming entertainment industry, tourism is high.

We’ve been trusted by the Department of Treasury and the Federal Bureau of Investigation. We have the largest and most secure data centers in the world that provides the following services:

Organizations should set aside a budget for hard-drive shredding, which has become an important company expense. This is still comparatively cheaper, because when data is breached, it may cost the company millions. Los Angeles Hard Drive Shredding ensures zero data breach.