Effects of E-Waste On Our Environment 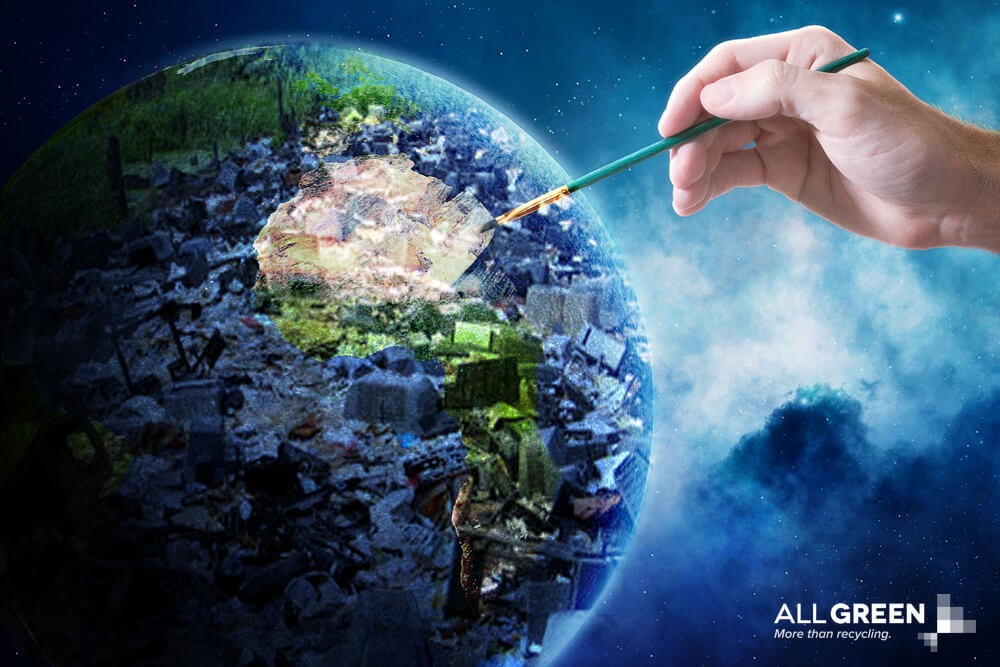 Electronics for consumers are being treated like disposable items more and more every day. One major factor causing this trend is that companies are endlessly marketing new technologies to us, which effectively render recent products as obsolete.

How Does Electronic Waste Affect the Environment

What are causes of e waste? Electronics for consumers are being treated like disposable items more and more every day. One major factor causing effects of electronic waste pollution trend is that companies are endlessly marketing new technologies to us, which effectively render recent products as obsolete. In 1999 the average lifespan of a United States computer was six to  four years. By 2005 the lifespan had shrunk down to less than two years. In 2016, that number shrunk even further with the introduction of more and more devices. Compounding the problem is the fact that we are disposing of electronic waste (e waste) improperly. What are the effects of e-waste on the environment?

How can e waste affect the environment? Computers contain toxic materials like zinc, nickel, lead, barium and chromium, which is why it’s critical to do proper computer recycling. Each of these metals occur in concentrations that are higher than the federally regulated levels. Our growing stream of e-waste is a threat to our environment. In 2005 an estimated 5.3 billion pounds of electronic waste was generated (EPA, 2005).  Of this, only 9% was recycled (Yadong et al., 2006). When we retire our computers we have four options: to recycle it, donate it, return it to the manufacturer or throw it in the trash. Most commonly, we throw it away.

Effects of E-waste on Environment Through Landfills

When we throw out our computers, they wind up in landfills, causing the possibility of toxic metal leaching into the groundwater. Toxic metals in e-waste leach into our supply of resources, threatening their integrity. When e-waste is warmed up, toxic chemicals are released in to the air, damaging the atmosphere. E-waste management is a critical consideration for future generations as proper electronic recycling is becoming harder to find.

Effects of E-waste on Environments in Third World Countries

E-waste adversely affects our developing nations. Instead of responsibly recycling our electronic devices, America sends our e-waste to these countries. The e-waste piles up in the landfills, which cause harm to the environment in various ways. Toxins from the metals in electronics are released in to the atmosphere, and what is worse, when e-waste disposal is not subsidized, the pollutants from our electronic waste can end up in toys for our children that are sent back to us. Instead of exporting e-waste, or letting it rot in landfills, we can help our environment by returning our electrical products to stores and manufacturers, sending them to responsible recycling centers, selling them to people that will find them useful, or donating them to stores such as Goodwill donation center.

Proper recycling and disposal of electronics is not only important for the environment but it also has a big impact on data security as well. When e-waste is disposed of improperly and without the use of a company that specializes in proper data destruction, there is a severe risk of identity theft, data breaches and massive liability for the companies involved. Prior to disposing of IT Equipment improperly, always consider all aspects, including data security and liability in addition to the environment.

E-waste is not a problem that is going away any time soon. In fact it is only going to get worse. By 2017, the volume of our thrown away e-products throughout the world is expected to rise by 33 percent from 2012, and we can expect the weight of this garbage to equal eight of the Great Pyramids of Egypt.  The amount of e-waste that we produce, including computers, DVD players, cellphones and global positioning products, could rise by a whopping 500% over the next decade in countries such as India. It is crucial to know the effects of e-waste on the environment, and what we can do to stop it.