All Green Electronics Recycling provides a professional destruction technique for the data and information from hard drives to be removed safely. Careless execution of this process can allow other people access the sensitive information.

In Bloomington, we have the best procedures for E-Waste Recycling. You have to choose our company to deal with all of your e-wastes. Why? Because our company does responsible recycling methods to promote healthy environment for people to become healthy, too.

One of our best and excellent offers in Bloomington is our Computer Recycling service. You can truly benefit from this service. With us, you can avail our e-waste pickup and recycling services. Contact us if you want proper recycling of your computer units.

Make sure that the hard drives are destroyed before disposing your computer units. This is to keep all personal data information safe from other individuals. With this matter, All Green can help you. Our Hard Drive Shredding service in Bloomington is the best.

We have the best for you in terms of IT Asset Disposition in Bloomington. Secure our service for you to enjoy the extra income we can give to you out of your disposable IT assets. All Green Electronics Recycling is the best in providing great services.

Data Destruction in Bloomington, IN

It cannot be avoided that all the existing institutions in this city will also accumulate a large volume of data in their computer systems. But the data have to be deleted the moment they dispose them. Thus, Bloomington Data Destruction by All Green Electronics Recycling is available to help those institutions address the information-based issues. 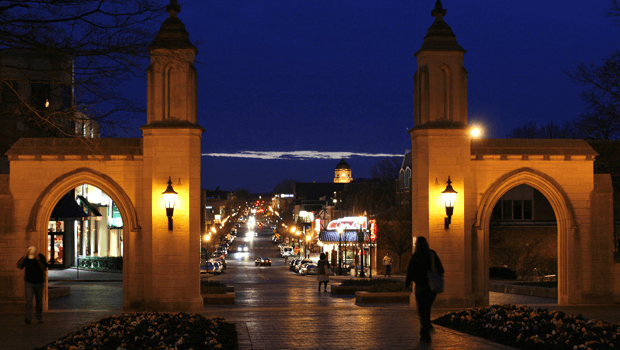 Bloomington City is the county seat of Monroe County in the southern region of the state of Indiana. The city’s 80, 405 population made it the 7th largest city of Indiana and the 4th largest outside the Indianapolis metropolitan area.  Bloomington was named after the “haven of blooms” that its original settlers who came from Kentucky, Tennessee, the Carolinas and Virginians are very fond of.

Digital data is not easily removed from the system. Those that are no longer relevant for use are needed to be destroyed to prevent them from going into the wrong hands. We’re offering the services of Data Destruction in Bloomington, Indiana to all institutions in this part of the country.