All Green Electronics Recycling is the best in Data Destruction in Seattle, the rest of Washington, and across the United States. We can safely delete data and information in your hard drive using our modern technology. With us, you can enjoy the different options we provide.

Need for the best e-waste recycler? All Green is now here in Seattle to address your problems. Grab our service now! We will provide you the best workers that we have for you to feel safe and to be sure on the output.

We operate in this industry for how many years, and now we're here in this city to  recycle your old computers. Don't worry if you have busy schedules, We can pickup and recycle your equipment anytime if you want. We want our service to be accessible for you.

We also do hard drive shredding in Seattle. This service is unique from others, because we can shred your hard drives while you are watching.

The only tested recycling company in Seattle in the field of IT Asset Disposition is All Green. We recycle, resell, or destroy your disposable  IT Equipment. Contact us now! You can possibly enjoy earning additional income out from your End-of-life Assets.

Improper data destruction has become a serious business at present. With the computer based society that we now have, gaining access to other people’s personal details has been made very easy. When using online social media, we have the option to keep our profiles private but this does not mean that personal data is really made private. Our personal data can still be stored on the site’s database thus making it vulnerable to hackers who are looking for the perfect prey. Seattle Data Destruction can help you address this kind of a concern. 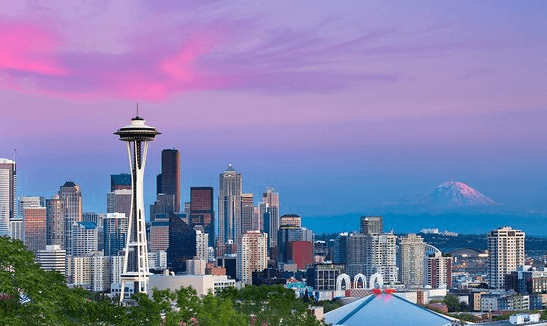 This seaport city located in the West Coast is considered as the seat of the King County in Washington. A major gateway for doing trade with Asia, Seattle was named in 2015 as the third largest port in North America in terms of container handling. Logging was the city’s first major industry, but Seattle was transformed into a commercial and shipbuilding center in the later part of the 19th century. It then became the gateway to Alaska during the Klondike Gold Rush. In 1910, Seattle grew to become one of the 25 largest cities in the country. But the city’s growth did not come uninterrupted.

We understand how much you value your privacy.  Allow Seattle Data Destruction to help make sure that you continue to enjoy your privacy even with the advent of technology. We use only a state-of-the-art technology in making sure that we get our job done the best that we could. With us you are assured of: