We are a professional recycling e-waste company that operates in Odessa. Texas. We accept all kinds of e-waste items in the city. We have skilled workers in the company who are capable of handling all of your equipment subject for final disposal.

We offer in Odessa our convenient pickup system and recycling of disposable computer items in the city. All Green Electronics Recycling ensures proper handling of your old items with the help of our well-trained workers.

It is important that you keep sensitive information in your hard drive safe. You'll never know  some people might want to steal critical information you have in the Hard Drive. Don't wait this to happen, contact us now, so we can discuss some of our best data destruction options for you.

We promotes responsible hard drive shredding services in Odessa. We are accountable to our clients, trust is really important for us. We will not be successful in this field if we always upset the people with what we provide to them.

You can do business now out of your End-of-life IT Assets. When deciding to dispose your Old IT Equipment, think of us always! We will handle your old items and earn money from it in exchange.

According to a news report, American recyclers recover 100 million pounds of electronics every year. Though it sounds like 100 million pounds of waste, the bright side is that these were dropped off in recycling facilities. This means pollution and health risk are minimized. In Texas, Odessa Electronics Recycling service from All Green Electronics Recycling is important in making sure that no electronic waste will ever reach the landfill. For one, this is illegal. Second, computers or e-wastes have toxins that can be bad for the environment as well as the health. 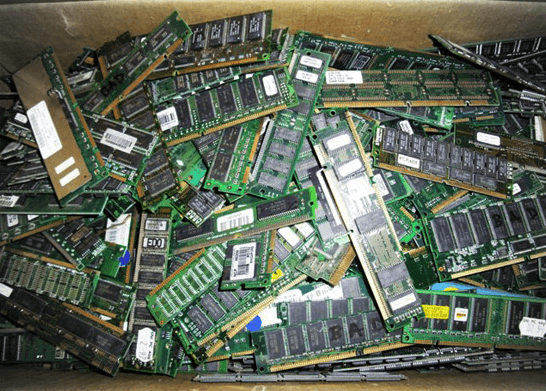 Toxins from computers can seep into the ground, and in turn go into the food that we eat. Some also reach the water, which will pose a danger to society. People should have this paradigm shift to make recycling a priority. There is one thing better than recycling though, the prevention of waste in the first by donating electronics to organizations that accept them.

Odessa is a city in Texas with a population of close to 160,000, making it the 29th most populous city in the state. It’s not an overpopulated city, but it may not be that for long. In 2014, Forbes magazine named Odessa the third fastest growing small city in the country. And this is a reputation Odessa has kept since the 1920s. Apparently, Odessa’s population in 1925 was just 750. By 1929, this has ballooned to 5,000.

Odessa, the county seat of Ector County, was sort of a pit stop city in Texas. In the late 1800s, the city served as the water stop of the Texas and Pacific Railway, which was carrying cattle. This place eventually became a city in 1927.