Our Recycling electronic waste options in Memphis is really a help. The toxins from our E-wastes can harm the health of our environment. All Green find ways, we responsibly recycle all e-waste in the area to help keep our environment clean and green.

All Green can offer you a world-class Computer Recycling service in Memphis. We have all skilled workers who can professionally recycle all brands and sorts of computer units. You can rely on our capacity, we've been recognized in this industry for so long.

We have designed a system which can Destroy the files and information in your hard drives and servers easily. With our system, we can completely erase all the remaining data in your hard drive for your security.

Feel safe with our certified Hard Drive Shredding system. In Memphis, we have organized a special team to assess your shredding demands and concerns anytime. Always choose the best, choose All Green!

We are providing the best ITAD services in Memphis for several years now. Instead of putting them anywhere, use them as opportunity for extra income. All Green is here in this city to help you make this possible. Please contact our customer service center for further inquires.

E-waste refers to any electrical or electronic equipment found at home or in our workplaces that are already for disposal because these may already be obsolete or will have to be replaced with a newer model. The most common kinds include desktops, laptops, mobile phones and its batteries, televisions, toasters,lamps and electronic toys. E-waste is made from a combination of metal and plastic and some heavy metals and substances.  The varying kind of E-wastes makes it difficult for us to determine its material content.  But why spend time figuring all these out when there is the Memphis Electronics Recycling to do this for us? All Green Electronics Recycling has the needed facility and experts to handle this kind of a job with the assurance that we will get our money’s worth from paying for their services. 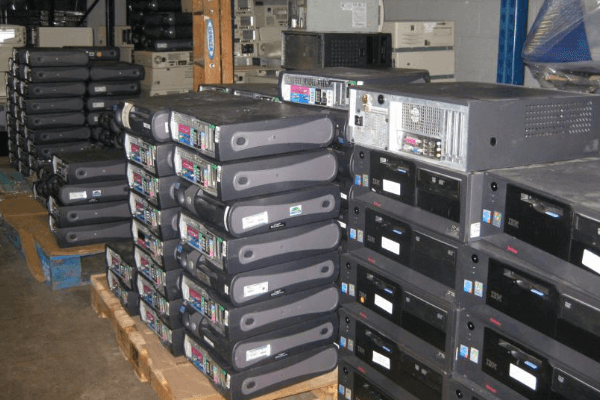 Located along the Mississippi River in southwest Tennessee, Memphis is known for its good food and good music. When strolling the Beale Street at sundown, you would hear jazz and rock music spill out from nearby clubs while restaurants smell of barbecue and other soul food.  The late Elvis Presley, who was known as the king of rock ‘n’ roll recorded his albums at the Sun Studio while his Graceland mansion is now a popular attraction in the city.  Memphis is also rich in culture.  One of its largest celebrations happen in May of each year. The month-long celebration features the Beale Street Music Festival, the International Week, World Championship Barbecue Cooking Contest and the Great River Run as a means to promote the city as a heritage area.

When we recycle our E-wastes, we do not only protect ourselves and our family from its hazardous chemical contents. We also do our share in saving the environment. Experts say that indiscriminate E-waste disposal contributes to pollution that is harmful to health and the environment. But it is not enough to just recycle E-waste. We should always adhere to responsible recycling that is being offered by Memphis Electronics Recycling and make sure that recycling is done only in a government certified facility. E-waste may already seem obsolete to us, but these remain rich in minerals and other materials that when harvested properly, can still be reused to produce new and more useful items.