Our Hard Drive Shredding service in Chicago is the best. We always designate skilled workers to shred the sensitive data and information through the technology that we have.

We can easily recycle e-wastes in Chicago with our latest technology. We have established our name in this industry for many years. A lot of our customers have trusted us because of our good dealings with them.

We are cautious in recycling old computers in Chicago. We Promote recycling processes which are beneficial for both our customers and to the health of the environment. All Green Electronics Recycling have trained workers who can effectively handle the items entrusted to us.

One of the sensitive services we offer in Chicago is Data Destruction. We destruct your data but at the same time we ensure that your data remains secure. You can choose from our various options. We can wipe, degauss, crush or shred your data. Just tell us what you want.

Putting your old IT assets in the landfills can be dangerous for our health and the environment. Our certified ITAD services in Chicago are tried and tested. We promote a responsible e-waste recycling in this city.

Some smaller companies want to save on company expenses, so they would sometimes get rid of their computers on their own. The most popular civilian way of destroying hard drives is by drilling holes on them. This doesn’t really work. The best way to remove data safely is to call on Chicago Hard Drive Shredding service. 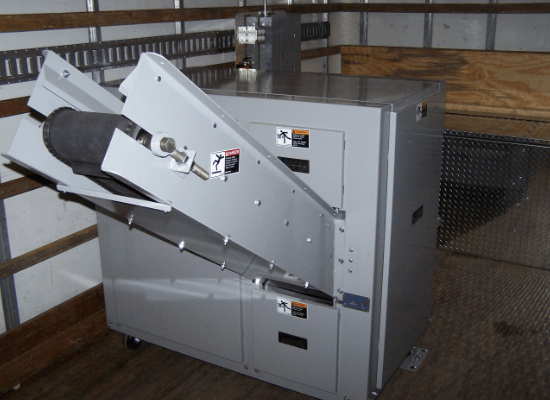 The problem with drilling holes on the e-waste is that there is no guarantee that sensitive information will not come out. Digital information can stay in technology for a long time, even forever. Drilling holes is not the answer; hard drive data shredding is the safest way to prevent information technology breach.

With over 2.7 million residents, the City of Chicago is the third largest city in the country. Chicago is noted to have the most balanced economy in the country. It was also ranked ninth in the list of the world’s richest cities, as determined by UBS. As part of the metropolitan area, Chicago has the third largest science and engineering work force.

Chicago is also making an economic impact worldwide. It is known as a major world financial center. One important industry in the city is retail. Chicago is home to these popular retailers in the country:

We offer the elite hard drive shredding services to companies—small and medium enterprises to large corporations—throughout the country. Its other clients include data centers, Fortune 2000 companies and government agencies. It also has a custom-built truck that can handle the different information technology needs of its clients.

Companies need only call to have old computers or electronic wastes picked up for recycling or destruction. Companies may also make arrangements online by submitting a request. Chicago Hard Drive Shredding is very important nowadays because companies are investing on security, knowing full well that consequences may be worse if company information is not kept.