Dispose of your assets professionally with us. We have the expertise and the experience to handle such intricate procedure. We even try to minimize losses.

Are you throwing away busted electronics? Send it to a recycling facility instead to help the environment. Call us and we will make it more convenient for you.

Every computer is made up of parts that can still be reused. Keep this in mind when you decide to get rid of computers. We will help you with computer recycling.

Before sending off your computer and electronics for recycling, make sure all data have been wiped clean. Data destruction is important to keep our privacy. We handle secure data destruction for your peace of mind. .

Also for your peace of mind, make sure electronics are shredded to pieces to prevent information breach. Our high-grade facility handles hard drive shredding that will make it impossible to retrieve any information from the shredded pieces.

IT Asset Disposition in Chicago, IL

Every company needs to get rid of older computers once in a while. Technology is ever changing ad improvement is always just around the corner. And when it’s time to upgrade, one should take on a Chicago IT Asset Disposition service to handle the disposal of obsolete technology. All Green Electronics Recycling will dispose of electronics in the most ecologically responsible manner. 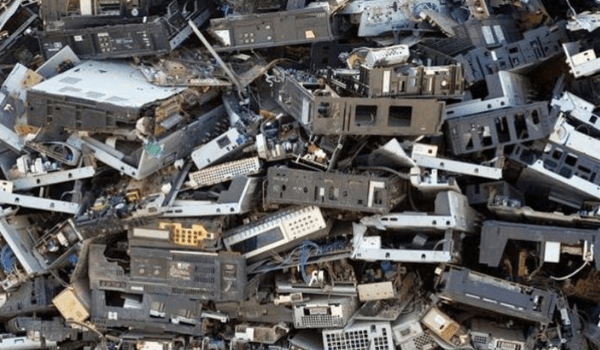 One should understand that when it comes to technology, disposing of a computer or other electronics is not just a physical problem—where to throw the garbage, etc. It’s an environmental and ethical concern. Environmental because computers or electronics have toxins in them that will cause the environment great harm. This is why computers should not end up in a landfill but in a facility that can process electronic wastes. It becomes an ethical issue because technology contains digital information that may be too sensitive for public consumption.

Chicago is a city in the state of Illinois. It is known as the Windy City because of its unpredictable weather that is often unfriendly on the cold part. It has a population of 2.7 million, which is the third largest city population in the country—just behind New York and Los Angeles. Day population balloons in Chicago because of tourism. Some 50 million people, both domestic and international, visit Chicago every year.

Chicago has one of the best economies in the world. The city’s economic activities are bolstered by O’Hare International airport, which is the busiest airport in the world in terms of aircraft traffic. It also helps that Chicago is known as an “alpha” city.

When it comes to IT asset disposition, All Green Electronics Recycling has years of experience behind it. So when you hire a Chicago IT Asset Disposition services, we will make sure that there will be limited service interruption. It will be business as usual for you, while we work on disposing assets in an ecological manner.