Experts always say that Data Destruction is a serious and somehow a risky task. Therefore, you really need to secure the service of a proven and tested company. All Green Electronics Recycling offers the best E-Waste Recycling Services in Anchorage and the rest of Alaska. We’re touted as the best company in this industry for years now.

Recycling electronic waste in Anchorage can simply be done through the professional Electronics Recycling Services of All Green. We can accommodate your demand because we've already served thousands of happy clients nationwide.

In Anchorage, Alaska, All Green is the best Computer Recycling Company. We offer world-class e-waste recycling services. Our only goal is to help you avoid the risks of computer units accumulation.

Why to shred hard drives? Basically, your hard drives may contain sensitive and private files. So you have to make them irrecoverable by others when time to dispose your computer comes. Good news because All Green Electronics Recycling is offering the best Hard Drive Shredding Services in Anchorage.

Through our certified ITAD services, you can easily make extra money through the disposal of your end-of-life IT assets. We can be a source of your additional revenue. Instead of storing your old computer unit or printer in your office or at home, let us recycle and reuse it.

Data destruction is a sensitive work. If you do not get a certified service provider like Anchorage Data Destruction your data destruction plans come with a lot of risks. There is a great possibility that your data was not totally erased. Worst is for this to end up in the hands of unscrupulous individuals who may want to sell your business data to your business rivals. This is going to be a horrible experience for you and your business organization. 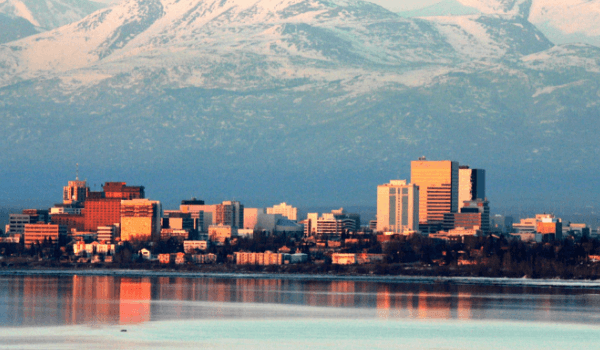 This city of lights and flowers is the most populous city in Alaska with at least 298,695 residents as of 2015. The National Civic League named the city as the All-American City at least four times in 1956, 1965, 1984 and 2002 while Kiplinger also named the city as the most tax-friendly city in the country. The city’s economy is largely dependent on transportation, military, tourism, and resource extraction. The Ted Stevens Anchorage International Airport is now the world’s third busiest airport in terms of cargo traffic.

Both businesses and government are very particular with privacy issues. Failure to properly secure your data could lead to millions in business losses while failure to comply with government regulations could mean millions that will have to be as fines. Anchorage Data Destruction understands that you will not want any of the two scenarios to happen. Save yourself from unnecessary risks and unnecessary expenses that can be put to better use if spent on company upgrades or employees benefits. Using our most modern technology, you can be assured that we adhere to:

Experience a service that is incomparable.

Contact Us to Secure Recycling of Computers, Laptops, Televisions & More: