Indianapolis, being a highly urbanized city, has more than its fair share of e-wastes. The residents will need a reputable electronics company to handle technology services. We are the premier entity that handles hard-drive shredding.

No matter how old our computers are, not every part of them should be thrown away. There are a lot of items in a computer than can still be recycled. We make sure each reusable part will be recycled, no matter how small the part is.

The information in our computers—no matter how insignificant—is personal. We don’t want these reaching the wrong hands. We handle Indianapolis Data Destruction to prevent personal information getting into the hands of some despicable people.

We dispose IT asset with the environment in mind. We make sure that we do ecologically responsible disposal of obsolete computers—also known as IT asset. We minimize cost but maximize output.

Hard Drive Shredding in Indianapolis, IN

Every couple of years, companies upgrade their computer systems. Smaller businesses may take time to upgrade their technology, say, every five years or so. But big corporations can afford to upgrade every year to every two years. Others even suggest that an upgrade is a necessity. However, every upgrade has a corresponding obsolete technology on the other side. So what do we do with obsolete technology? Here are a few ideas: recycling, data destruction and Indianapolis Hard Drive Shredding. 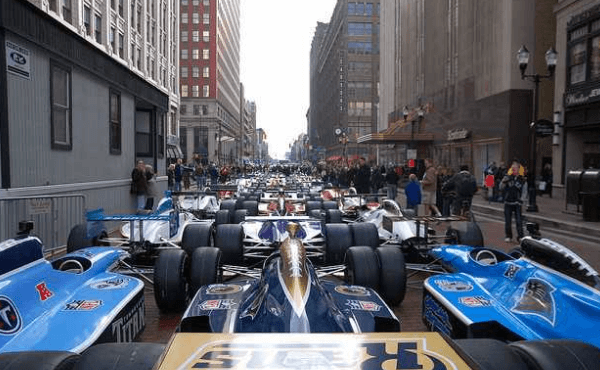 This is basically parallel to the shredding companies do on old paper documents. Hard drive shredding ensures that digital data will not be passed around from one company to another. You should take data for granted, no matter how harmless these sound. Always remember that one man’s trash may be another man’s treasure.

With a population of 853,173, Indianapolis is the largest city in the state of Indiana. It is also the state capital. The city is known as the Crossroads of America as it is home to a lot of highways that gives access from one state to the other. This implies that the city is doing quite well economically as the city literally is a crossroad.

Indianapolis is also a city rich in culture. This is evident by the number of museums that consider Indianapolis home:

Indianapolis has a robust economy, which means there are a lot of companies—small, medium and large corporations—operating in the area. These companies, of course, heavily rely on technology. And when it is time to upgrade, they will need All Green Electronics Recycling to handle recycling and destruction needs.

The recycler provides on-site Indianapolis Hard Drive Shredding. This means that one may just call the company or go online to have electronics wastes picked up for recycling or data destruction.