Media degaussing is when magnetic energy is used to completely destroy all data off a device. It is the most secure form of data destruction available. No data will be accessible after degaussing.

Protect yourself against data breaches by ensuring all data is completely erased from a hard drive by using a degaussing machine.

Protect confidential information left on old tapes by degaussing them, which uses a magnetic energy higher than the tape.

All data left on media is sanitized by degaussing, and this is performed on-site to eliminate any potential security risks.

Off-site hard drive shredding carries the risk of hard drives being lost in a facility, which is why many businesses opt for on-site shredding.

Media degaussing is the process of eliminating a magnetic field found on a device stored onto media. When media is exposed to the degausser’s powerful magnetic field, all magnetic data on the media is permanently erased. When this is done correctly, it is impossible to recover the data that has been deleted. This makes media degaussing the most secure form of data destruction. 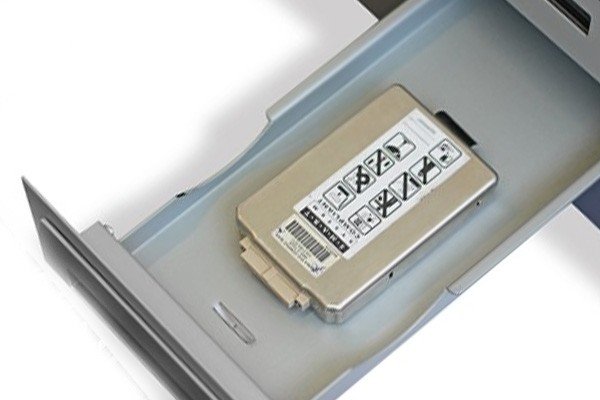 Media degaussing is a relatively simple process. It is a demagnetizing process that completely wipes media of all its data. Degaussing machines contain a controlled magnetic field which can be measured in units of gauss or oersteds. Magnetic media contains coercivity, which is also measured in oersteds. Degaussing machines must produce a magnetic field with higher oersted levels than the media being degaussed in order for it to be effective. Once media is degaussed, it will be unrecoverable.

Media Degaussing Is the Only Sure Way to Destroy Data

Physical destruction is not enough to ensure all data is successfully removed and inaccessible. It doesn’t remove data, it simply makes the tape unusable. Even if a tape does get shredded, the little bits and pieces that remain can still be used to recover data. This is because media hold data using magnetic force. Therefore, even if a tape is in pieces, the pieces that remain are still magnets.

Deleting data from a tape is highly ineffective, as – with the right software and technical knowledge – it can be a simple matter for someone to recover deleted data off a tape. Realistically, if someone wants to access information badly enough to go after an old tape, they will likely know how to recover anything that’s been deleted. Even when the question is how to dispose of VHS tapes, media degaussing is the only sure way to destroy data as the magnetic energy used render the tape completely useless. 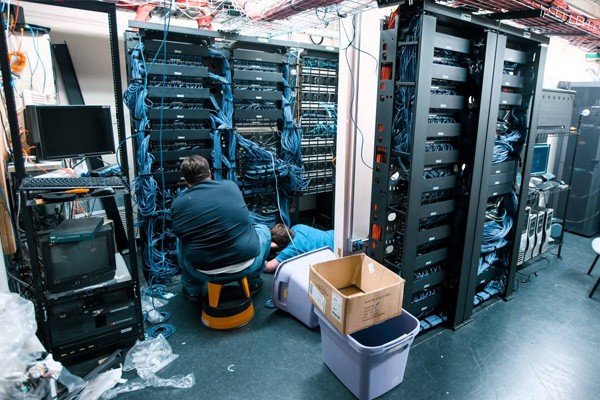 When Is Media Degaussing Required?

Usually, media degaussing is the only way to meet sanitization requirements for anything considered top secret or classified. Degaussing is the only approved method of data destruction used by the NSA, DOD, United States, and Australian militaries. However, every business could benefit from media degaussing. For example, say a company replaces all of their hard drives. Some of those hard drives will have incredibly sensitive information on them, such as client information. If a company doesn’t properly dispose of this information by degaussing, they are taking a huge risk and could potentially face legal problems.

On-site degaussing is an incredibly beneficial service for anyone looking to protect their confidential information. This service guarantees all data left onto media, such hard drives and CDs, is completely inaccessible. The procedure involves using high levels of magnetic energy to change the magnetic alignment on media. Once the media is degaussed, it can be sent to a facility to be completely destroyed. If one chooses not to degauss their hard drive, they could be asking for trouble. Simply deleting all data off a hard drive and then discarding it leaves one open to security risks as it’s relatively easy to recover deleted data.

Choosing to degauss tapes is the best way to ensure all sensitive data is removed from the media before disposing of it. Degaussing will work with any tape, regardless of its condition or interface. This is done by using a powerful magnetic force to wipe the device. The magnetic erasure field must be higher than the fields produced by the media in order for degaussing to be effective. Degaussing is more effective than simply deleting information off a device because anything can be recovered once deleted. After degaussing, you could also use tape backup shredding physically shred the media to ensure no part of it is accessible.

To find out more about the various media degaussing options available, contact All Green Recycling today.