When a hard drive is stolen or missing it hits the news, but few people know of the other data breach cases where backup tapes have disappeared, taking millions of people’s sensitive information with them. That’s why tape backup shredding is so important.

From hard drives to backup tapes and CDs and DVDs, media shredding is the only way to ensure that confidential data can never fall into the wrong hands.

What does your company do with unwanted CDs and DVDs? If it's anything less than CD & DVD shredding, you're leaving yourself exposed to a data breach.

For secure document destruction (SDD), shredding is the only solution. After all, it is only by physically reducing paper into tiny strips that it can be completely destroyed.

Lost or stolen hard drives tend to get a lot of publicity, with people concerned about data breaches and identity theft. But the less-well-known data breach risk concerns backup tapes, with many companies not putting adequate procedures in place to ensure the safety of their backup tapes. Are there other solutions to protect the data contained on tapes rather than tape backup shredding?

When backup tapes are stolen or go missing, the results can be devastating and widespread. In one recent example, three unencrypted backup tapes went missing from a children’s health system in the United States.

The backup tapes, which had not been subjected to tape backup shredding but were stored in a location run by the health facility, contained ten years of comprehensive personal information relating to patients and employees alike, including bank account information, medical information, insurance details, Social Security numbers, and personal identity information including full names, dates of birth, and address details.

The breach occurred when the storage facility was being remodeled. The tapes were stored in a locked cabinet, which was removed in its entirety from the facility. It took just less than a month for the loss of the cabinet and its contents to be noticed and reported.

Because of the data loss, 1.6 million people were offered identity theft protection and a year of free credit monitoring as a way of mitigating the losses caused by a lack of tape backup destruction. 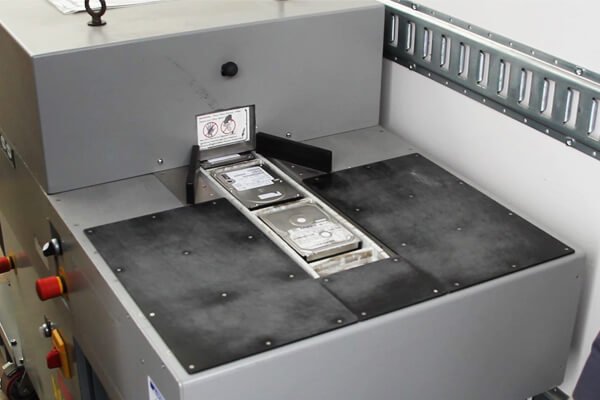 One of the most common methods of destroying the data contained on backup tapes is degaussing. Degaussing is the process of scrambling the data contained on a magnetic disk by exposing the disk to a powerful magnetic field. Depending on the type of disk and how it has been constructed, some backup tapes are able to be reused after the degaussing process.

Degaussing must be performed properly for the process to be effective. Not only must the magnetic field be of the correct strength, the backup disk must be exposed to the field for the right amount of time otherwise the data may not be completely destroyed.

Different tapes require different magnetic field strengths and different exposure times, and it is only a professional degausser that will understand the differences and know the proper way to degauss each particular type of backup tape.

Each pass through a degausser can take two to five minutes, and it is often the case that multiple passes are required to properly purge the backup tape of its data. As such, there is the risk that a backup tape will not be completely cleared if someone attempts to degauss it without running the correct number of passes. For this reason, it is imperative that only a degaussing professional undertakes any degaussing. 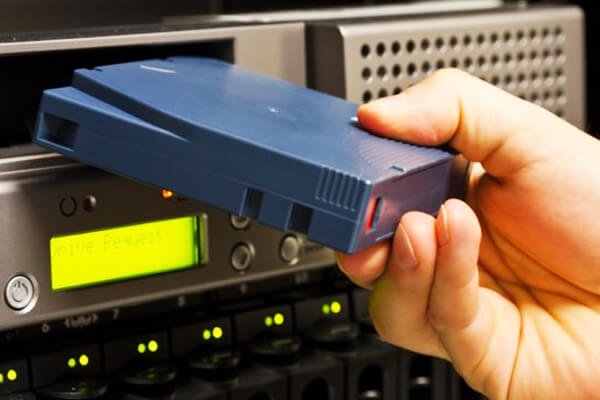 When You Want to Reuse Your Backup Tapes

Is It Ever Acceptable to Sell Backup Tapes?

The short answer is no. Some backup tape manufacturers claim that their tapes are completely unreadable if they have been properly erased, and are therefore safe to sell. In practice, however, most of the time backup tapes and other media are not erased properly and wrongdoers who are intent on recovering confidential information will have access to technology that far exceeds that which was used to “erase” the data.

To find out more about tape backup shredding, contact All Green Recycling today.