The importance of shredding hard drives and confidential documents is now understood, but there are also a host of items that require other media shredding, including flash drives, VHS tapes, memory cards, and even video game consoles.

Without tape backup shredding, your backup tapes could easily fall into the wrong hands, potentially creating both financial and legal problems.

What should you do with the ever-growing pile of unwanted CDs and DVDs? Since they could contain confidential data, CD & DVD shredding is the only solution.

While you have probably heard of hard drive shredding and paper destruction, you may not know that we provide all kinds of other media shredding services too.

By now, most people understand the importance of shredding hard drives and confidential paper documents. Companies and organizations are also coming to understand that backup tapes should be shredded when no longer needed, along with CDs and DVDs. But there are also a host of other media shredding services required, including flash drives, VHS tapes, memory cards, and even video game consoles.

Do Small Devices Still Need to Be Shredded?

The test is not in the capacity of the media, but in the possibility that confidential information has ever been stored on it. After all, you could potentially store all your most confidential information – full name, address, phone numbers, email addresses, medical history, Social Security Number, credit card and other banking information, logins and passwords for every website you access – in a Notepad document that would take up less than 10KB of data. This document could be stored on the smallest capacity USB drive, or burned onto a CD or DVD, or even sent as an email attachment, and in the wrong hands could still prove devastating.

Reformatting and Deleting Are Not Enough

Despite evidence and numerous studies that provide otherwise, there are still many sources that claim that reformatting a device, resetting it to its factory state, or deleting the files from a device, is enough to completely destroy the information contained on the device.

This is simply not the case. A device may appear to have been wiped of all data or returned to its factory state, but simple software exists that can return the data to its original state. And make no mistake that hackers know all about the latest techniques to recover information that has purportedly been erased from a device.

The National Association for Information Destruction (NAID) conducted one of many studies that considered the state of media devices that had not been subjected to other media shredding. NAID’s study focused specifically on hard drives that had been handed over for recycling after attempts had been made to delete the data or reformat the drive.

The shocking results of the study showed that thirty percent of the purportedly “wiped” hard drives still contained private information that was easily accessible. Many of these hard drives belonged to private companies and contained client account information, banking details, personal and company emails, private photographs, and even medical files.

Smartphones are no exception. While many smartphone carriers will argue that a factory reset is enough to wipe all your personal information from your smartphone, that is simply not the case.

Cambridge University ran a thorough study of smartphones that had been factory reset after being used, and in eight out of ten instances, they were able to recover what is known as a “master token,” which – with the right tools and know-how – gives direct access to contacts, calendars, emails, cloud-based storage, and other data.

Similarly, many people seem to think that all a smartphone’s data is stored on the SIM card and that removing the SIM card is all that is required to delete their private data. Again, this is simply not the case. Smartphones are complicated pieces of equipment, and several internal components store importation, not to mention data stored in the cloud.

Just like hard drive shredding being the only reliable way to destroy all data on a hard drive, smartphone shredding is the only foolproof way to completely remove all trace of your personal information from your old smartphone. 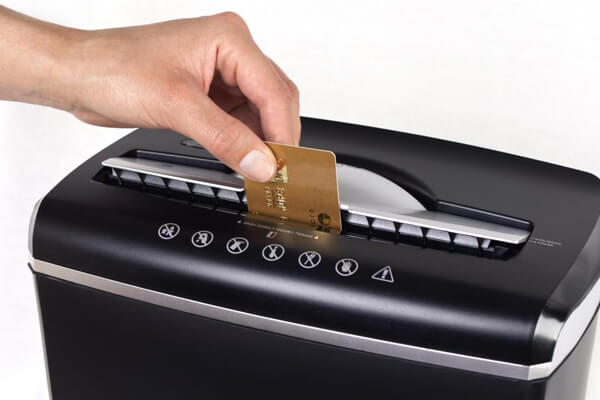 Types of Other Media Shredding

In addition to hard drive shredding, All Green Recycling offers various types of other media shredding, including the complete destruction of:

To find out more about our media shredding services, contact All Green Recycling today.