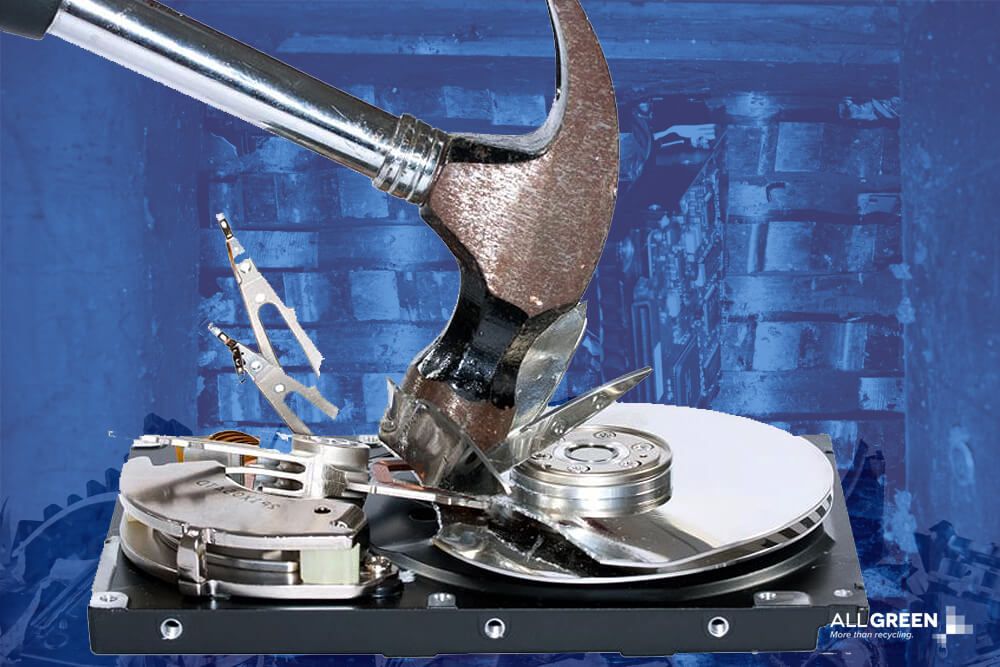 Information Technology (IT) is the driver of the new world and data is its currency, but there’s a number of data destruction myths that may be leaving your business open to a data breach. In a world where IT has made our life easier than ever before, we must be careful to manage our exposure to threats like…

Information Technology (IT) is the driver of the new world and data is its currency, but there’s a number of data destruction myths that may be leaving your business open to a data breach. In a world where IT has made our life easier than ever before, we must be careful to manage our exposure to threats like a data breach, but how? Is it possible for hackers to restore disposed hard drives? Are your deleted files really deleted for good?

To understand the threat of data breach, which has cost the corporate world millions of dollars, let’s debunk the common data destruction myths once and for all…

Why You Need Data Destruction

Consider this. A Cost of Data Breach Study 2016 was conducted by IBM and Ponemon Institute in 383 companies from 12 different countries. The study found the average total cost of a data breach to be $4 million for the participating companies.

That’s an average hit to your bottom line of $4 million. Could you afford that?

Here’s another example. Back in 2010 a software engineer dedicated his hardware to the BitCoin community to mine BitCoins. He had an e-wallet key stored on his laptop. Later he got a new laptop and threw the old one away after causally deleting the data. Bitcoins hogged the limelight in 2014 when their price rose from virtually nothing to over $1000 in just a few months.

Looking to cash in on his gains, the engineer accessed his e-wallet only to find that his BitCoin wallet was empty! Someone had robbed his wallet by accessing data from his old laptop.

If a software engineer can be a victim of data breach, so can you.

How Does Data Destruction Help Prevent a Data Breach?

Data destruction is a planned process in which data stored on hard disks, tapes, printers, scanners, computers, cell phones, tablets, and any other electronic storage media, is destroyed in such a manner that it can’t be accessed again. Methods to achieve this level of destruction range from software (data wiping, media degaussing) to physical destruction (think: hard drive shredding, media shredding).

Myth #1: My Data Isn’t Important Enough to be Stolen

Many of us are under the impression that the data stored on our laptops or hard disks are not important enough to be stolen. This assumption is absolutely wrong. A variety of data is stored on your hard disk and all of it can be misused in a number of ways.

Many attempts are continually being made to steal your data. It’s nothing personal. It’s because of the fact that all kinds of data are important. Always remember that as long as you have a digital identity, you are vulnerable to data breach threats.

Your hard disk may also have various passwords stored. Any unauthorized access to the passwords may prove fatal. At times even users themselves don’t remember storing something sensitive in their hard drives. Negligence in data destruction in such a case can lead to a significant (and costly) data breach.

Once I accidentally deleted an important excel file. I asked a coder friend of mine if there was a way to recover it and I couldn’t believe my eyes when he actually recovered the file (and no he didn’t recover it from the Recycle Bin).

The point is that at times just deleting the files doesn’t make it permanently irrecoverable and it can still be vulnerable to data theft.

Not true, and many companies offer data destruction services at an affordable price. Companies even send representatives to come to your location to carry out the process. Hence, you can easily get your data securely destructed without investing a lot of resources.

It may very well be true that you have enough knowledge to erase your hard disk, but the perception of having the knowledge to do this professionally is severely dangerous.

Things change very rapidly in the IT world and the technique you learnt as the perfect method to erase data may get redundant in a few months. It is for this very reason that you should seek professional services for data destruction.

If there’s one thing you can take away from this article, it’s this: Do not be under the assumption that your data will not be stolen.

Some people make a living by stealing data and illegally selling it to the highest bidders. Everything – right from your movie collection to your bank passwords – can be misused. And if you have business data you should be doubly conscious. If it gets stolen, both your career and your company may face serious issues.

Ready to stop a data breach in it’s tracks? Take a look at our premium data destruction services for your business.