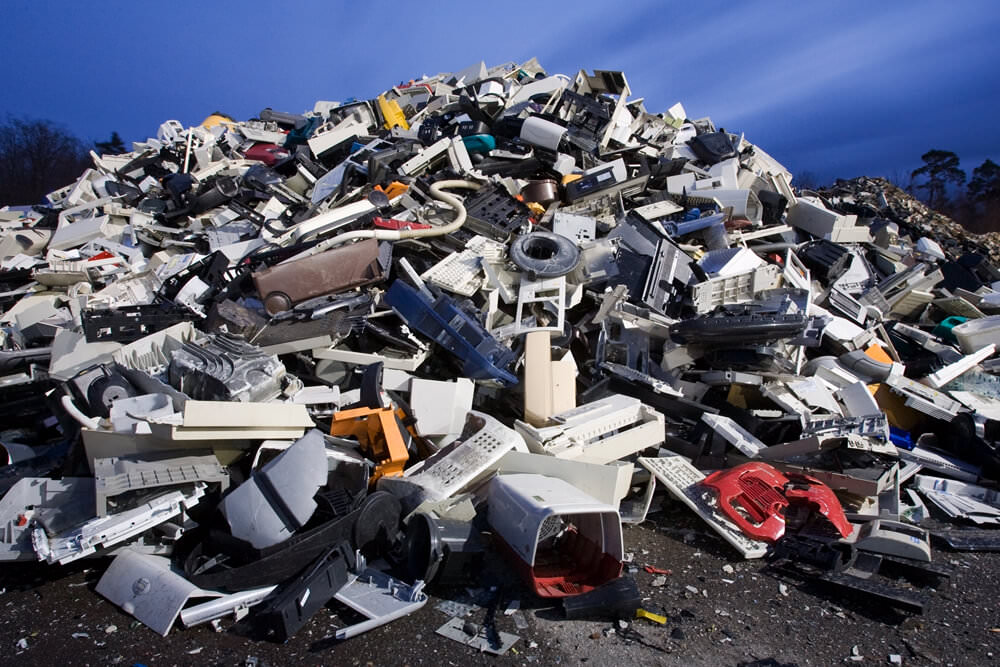 E-waste is a term used for electronic products and computers that are thrown out, including laptops, tablets, printers, phones, game consoles, televisions, and DVD players, to name a few. Over 40 million tons of e-waste is produced worldwide every year, and only about 13% of that e-waste is recycled. As newer electronics are produced, older electronics become obsolete,…

E-waste is a term used for electronic products and computers that are thrown out, including laptops, tablets, printers, phones, game consoles, televisions, and DVD players, to name a few. Over 40 million tons of e-waste is produced worldwide every year, and only about 13% of that e-waste is recycled. As newer electronics are produced, older electronics become obsolete, and all too often are not disposed of properly.

To visualize how much 40 million tons is, the amount of e-waste produced yearly is equal to approximately 400 aircraft carriers in weight. Picture 348 aircraft carriers (87% of 400) being tossed into landfills every year, and that number continuing to grow, and it becomes clear that recycling e-waste has to become a priority.

What Discarded Electronics Do to the Environment

E-waste can’t simply be burned like some garbage. Burning e-waste creates very fine particles, which are then breathed in and can cause pulmonary and cardiovascular disease. Cancer-producing dioxins are released into the air whenever e-waste is burned. E-waste must be properly disposed of to prevent causing damage to the environment and posing a health threat, and the very best disposal method for the environment is recycling obsolete computers and other electronics.

The list of toxic components in e-waste is long: mercury, lead, cadmium, polybrominated flame retardants, barium, lithium and polyvinyl chloride (which is in the plastic cases of electronics). If electronics aren’t safely and responsibly recycled, that toxic mix in landfills seeps into the soil and water, poisoning it.

Lethal materials that shouldn’t be consumed damage the soil food is grown in, the plants and grains that livestock eats, and the water needed to water crops, as well as drinking water for livestock and humans.Toxic metals, like lead, can contaminate drinking water, which is already a precious commodity worldwide as multiple areas face record droughts and try to find ways to conserve water. A single computer monitor has approximately 5 to 8 pounds of lead in it. 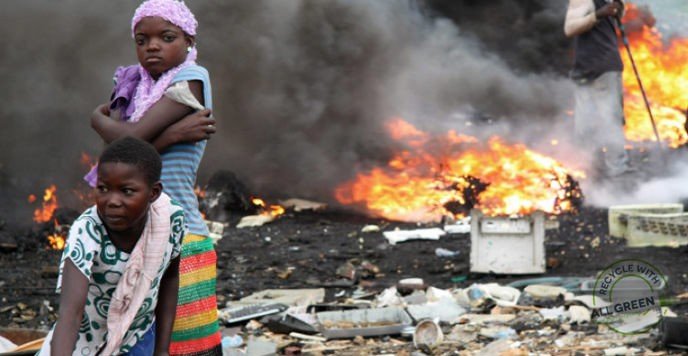 The toxic components in e-waste have the ability to damage almost every system in the human body: the nervous system, reproductive system and skeletal system, as well as the brain, heart, liver and kidneys, and also causes birth defects. Exposure to improperly disposed of chlorine causes the destruction of cell structure and tissue damage. Cadmium is found in cell phone batteries and can cause problems with learning, cognition, behavior and neuromotor skills in children. It can also cause kidney damage.

The poison arsenic is another way in how e-waste is harmful to your health. Arsenic is found in many electronics, including cell phones. High doses of arsenic are lethal, while lower levels of exposure can cause detrimental damage to the nervous and respiratory systems as well as the skin and liver.

If the e-waste equivalent of 348 aircraft carriers continues to be dumped into landfills yearly, by the year 2020 another 200 million tons of toxic-filled electronics will be seeping into the soil and water. The simple act of recycling obsolete electronics protects the planet as well as the health and safety of people everywhere.