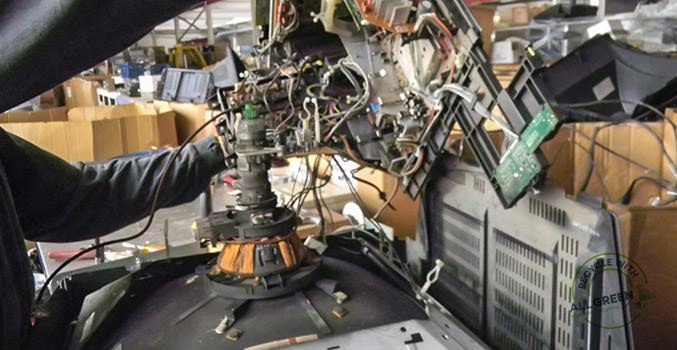 “According to the EPA, recycling just one computer and one monitor is the equivalent to preventing 1.35 metric tons of carbon dioxide emissions from being released. The recycling of one television prevents four to eight pounds of lead from being added to the waste stream.” What is the TV Recycling Process? Older style Cathode Ray Tube televisions make…

“According to the EPA, recycling just one computer and one monitor is the equivalent to preventing 1.35 metric tons of carbon dioxide emissions from being released. The recycling of one television prevents four to eight pounds of lead from being added to the waste stream.”

What is the TV Recycling Process?

Older style Cathode Ray Tube televisions make up an impressive amount of the world’s electronic waste. CRTs don’t have much commodity value, and the dangerous substances that comprise them make them difficult to recycle. For example, CRTs contain leaded glass. As a result, Cathode Ray Tube televisions are shipped off to underdeveloped countries instead of being handled properly.

The first stage in the TV recycling process is to remove the cathode ray tube from its enclosure. It is necessary to separate the parts of the televisions manually, because the glass tubes need to be in good shape when they enter the stage of glass separation. After the CRT is removed, the left over parts are shredded and separated into categories of copper, steel, printed circuit board, and plastic. These commodities can be sold for re-manufacture.

The next step in the television recycling process involves the cathode ray tube made out of glass. It is necessary to remove the leaded glass from the clean glass. The clean glass is a high quality, and it can be reused and refined for a variety of uses, such as automobiles, fiberglass, lighting and beads. Finally, the leaded glass is heated up so that the lead can be removed. Once extracted, the lead is sold as a commodity. 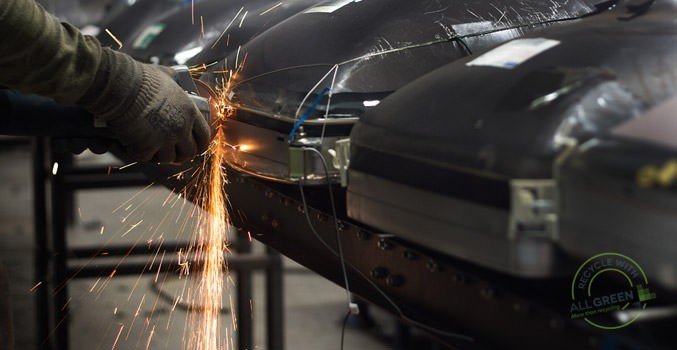 How Can We Avoid the Costly Television Recycling Process?

Although recycling televisions is expensive, it is indeed necessary. If they are left in landfills, they will emit harmful greenhouse gases and cause air and water pollution. E-waste such as old televisions can cause adverse effects to our health, and to the health of our families. Compounding the problem is the fact that we are replacing our televisions more often as we are driven to get the newest model to keep up with the Jones’.

There are a few ways you can responsibly get rid of your television without getting involved with the TV recycling process. You could sell your television on Craigslist, Ebay or Amazon. Just be sure that you sell the television promptly as electronics depreciate in value quickly. You could choose to return your television to its manufacturer for free of charge at many drop off centers. If you can not find a convenient place to do this, you can consider dropping off your television at a retail store.

Best Buy, Office Max and Staples will all take back old electronics for free, or for a small charge. Finally, if you do not like these options, you can donate your television to Goodwill, give it to a neighbor on Freecycle, or donate your TV to your church, local school, or even a local theater that could use it as a prop. Because CRT televisions contain dangerous substances, it really comes down to responsibly getting rid of your television, or the TV recycling process.