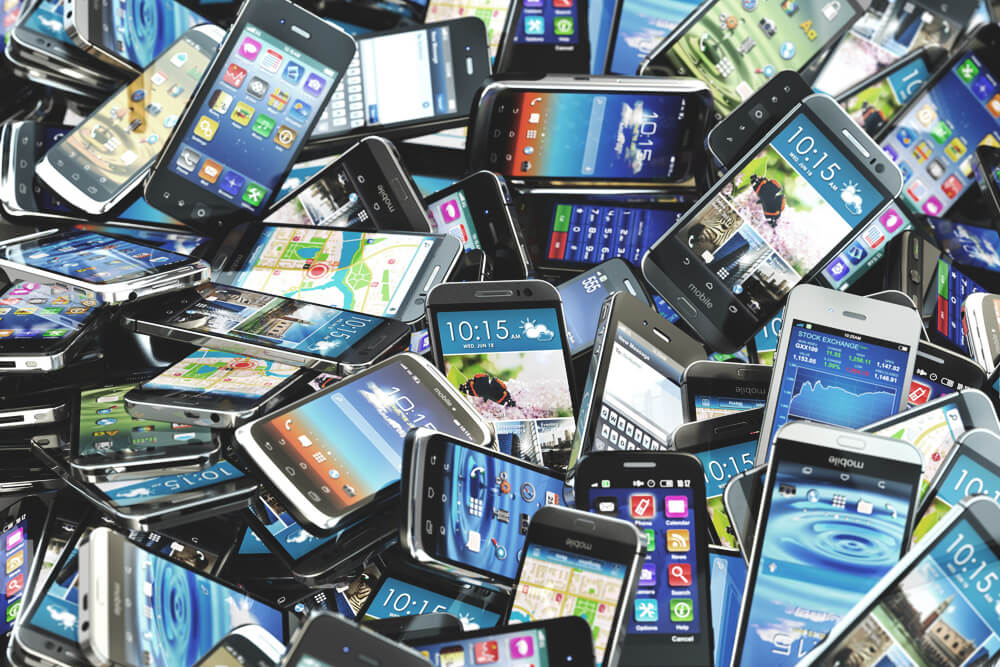 Find out why the growing e-waste numbers are a concern and what to do about it. What is E-Waste and why you should be concerned about putting a lid on the growing E-Waste numbers.   Click here to see the large version   1. Smart Phone Numbers Smartphone usage is on a rapid rise – 163 million…

Find out why the growing e-waste numbers are a concern and what to do about it.

What is E-Waste and why you should be concerned about putting a lid on the growing E-Waste numbers. 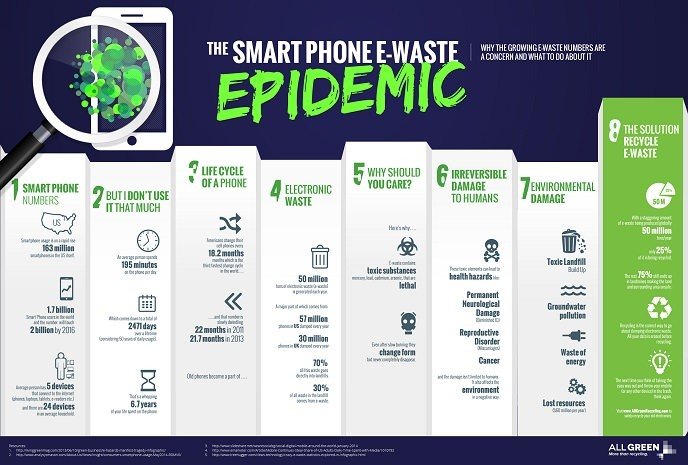 Smartphone usage is on a rapid rise – 163 million smartphones in the US itself.

1.7 billion Smart Phone users in the world and the number will touch 2 billion by 2016

Average person has 5 devices that connect to the internet (phones, laptops, tablets, e-readers etc.) and there are 24 devices in an average household.

An average person spends 195 minutes on the phone per day. Which comes down to a total of 2471 days over a lifetime (considering 50 years of daily usage).

That’s a whopping 6.7 years of your life spent on the phone.

3. Life Cycle of a Phone

Americans change their cell phones every 18.2 months which is the third fastest change cycle in the world.…

Old phones become a part of….

50 million tons of electronic waste (e-waste) is generated each year. A major part of which comes from:

70% all this waste goes directly into landfills.

30% of all waste in the landfill comes from e-waste.

These toxic elements can lead to health hazards like:

..and the damage isn’t limited to humans. It also affects the environment in a negative way.

With a staggering amount of e-waste being produced globally – 50 million tons/year – only 25% of it is being recycled. The rest 75% still ends up in landmines making the land and surrounding area unsafe.

Recycling is the correct way to go about dumping electronic waste. All your data is erased before recycling.

The next time you think of taking the easy way out and throw your mobile (or any other device) in the trash, think again.

How Businesses Dispose of Electronic Waste

What Is Data Destruction, The Best Ways To Erase Your Data Securely

5 Benefits of Going Green for Any Business