Data from the new U.S. PIRG report supports the common observation that young Americans prefer to drive less, walk and bike more, and take public transit more frequently than older people. According to the report: “From 2001 to 2009, the annual number of vehicle miles traveled by young people (16 to 34-year-olds) decreased from 10,300 miles to 7,900… 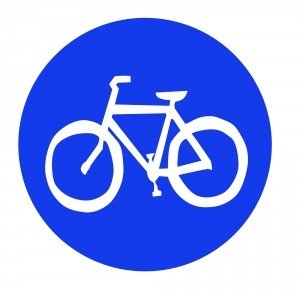 According to the report:

During the same time:

There are a few reasons why young Americans might be ditching the car in favor of greener transportation methods. The environment is one possible reason. Others include “graduated” driver’s licensing, higher gas prices, a less-than-favorable job market, and even smart phones and their incompatibility with safe driving.

Utilizing transportation methods other than driving suggests a cultural shift away from automobile use and sprawling communities in younger generations. If you grew up in the suburbs like I did, you can attest to the fact that it is virtually impossible to get by without a car. There are miles upon miles of homes, and the closest supermarket or restaurant is a mile or two away. You’re lucky if public transportation stops by your place more than once or twice a day in some cases.

An urban environment gives you the opportunity to walk places. In some cases, it can even be more time efficient to ditch the car and walk or take the bus. Not only is it great for the environment, but it also promote being active, which benefits our health and the growing obesity problem. If this data is showing a shift away from suburbia, I see that as a definite plus for both the environment and our waistlines.

For more information, check out the report here.

Do you drive less than your parents did at your age? Let us know in the comments below.

The 15 Most Walkable U.S. Cities

10 “Smartest” Cities on the Planet