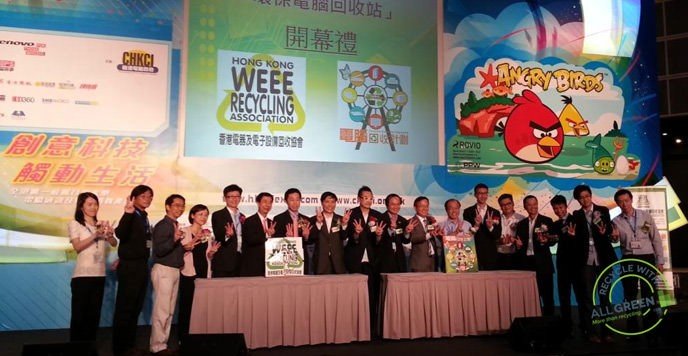 ALBA Integrated Waste Solutions will set up eight collection points and three recycling centers in Tuen Mun. ALBA will also be launching an educational component along with the opening of the new facility, as Hong Kong residents are welcomed and encouraged go to the centers and the plant to learn more about the recycling effort.

Proactive Response to the Challenges

The new facility, WEEETRF (waste electrical and electronic equipment treatment and recycling facility) is expected to begin operations in approximately two years and will run the collection and recycling system in Tuen Mun for the next 10 years. Hong Kong will fund the operation costs for the new recycling facility. Costs are based in volume of electronic waste collected and treated at the facility. It is anticipated associated costs will average HK$200 million a year.

According to Axel Schweitzer, CEO of ALBA, based on the current value of recyclables, the company could expect a turnover of about HK$2.5 billion over a decade. Recyclables will be sold primarily to mainland buyers. 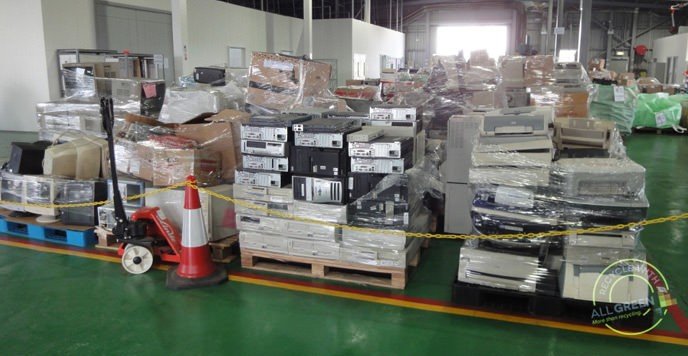 It is expected WEEETRF will process 30,000 metric tons of e-waste each year, but capacity could be as high as 56,000 metric tons if additional shifts are added. Electronic waste can be turned into reusable raw materials such as plastic and metals. Recyclable material will come from a variety of sources such as common household appliances including air conditioners, refrigerators, washing machines and television sets. Additionally, computers and peripheral devices such as printers, scanners and monitors will also contribute significantly to the recycling effort. When electronic waste is recycled, a variety of elements can be reclaimed and reused in the production of new products – elements such as lead, mercury, cadmium, silver, gold, and copper.

A new producer responsibility scheme has been created to manage electronic waste generated from five types of regulated electrical and electronic goods. Companies that manufacture and import regulated goods must register as registered suppliers and pay a recycling fee for the goods distributed in Hong Kong. Additionally, under a proposed regulation, electronic waste could no longer be disposed of at landfills. The regulation will also simplify the means for the consumer to recycle. For example, when a consumer purchases a new television, they will be able to arrange with the retailer to have the old television set removed from their home.

The recycling effort and more aggressive regulation is an attempt to find a solution for what has become a global issue. In 2014, less than one-sixth of the world’s e-waste was recycled, according to the United Nations University, the UN’s think tank. UNU indicated that global e-waste volumes exceeded 41.8 million metric tons in 2014.