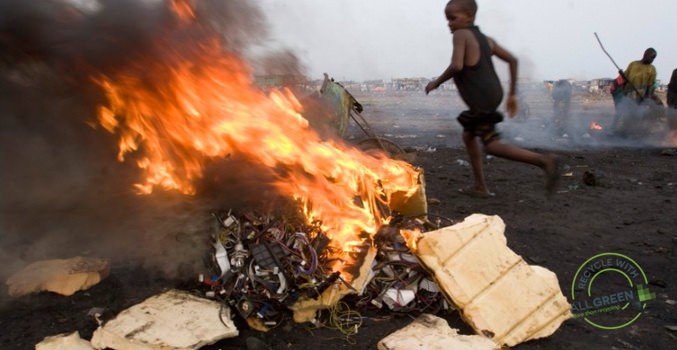 What are the effects of e-waste on our environment, on our planet as a whole? Have you ever wondered how the enormous amount of electronics waste is affecting the world we live in? The amount of e-waste is rising as the electronics industry is evolving. There is more e-waste these days than there has ever been before. It…

What are the effects of e-waste on our environment, on our planet as a whole? Have you ever wondered how the enormous amount of electronics waste is affecting the world we live in?

The amount of e-waste is rising as the electronics industry is evolving. There is more e-waste these days than there has ever been before. It is becoming such a huge issue that cities and states all across the United States, and even some areas in other parts of the world, are implementing new rules, laws and regulations to try and lower the amount of e-waste all across the globe. Read on to find out exactly what the effects of e-waste are.

The Effects of E-Waste: Human Health and Environmental

What are the effects of e-waste on humans and our environment? Every year, 20 to 50 million tons of e-waste are produced worldwide. Around 13% of those 40 million tons are recycled mainly in the developing countries across the world. E-waste consists of discarded televisions, cellular phones, computers and other consumer electronics.

Fifty to eighty percent of the world’s e-waste is handled by informal “backyard” recycling markets that are located in the following countries: China, Vietnam, India, the Philippines, and Pakistan. They are often burning, shredding and dismantling these e-waste products in “backyard” facilities. The emissions from the informal “backyard” recycling practices are harmful to both the health of humans as well as the environment.

Also, developing countries that have fast-growing economies are handling the e-waste produced by developed countries in addition to the e-waste from their domestic consumers. Presently, an estimated amount of 70% of the e-waste that India is handling is actually from other countries. It is estimated that by the year 2020, domestic TV e-waste is going to double, e-waste from computers will be increased 5 times over, and cellular phone e-waste will increase 18 times over.

The recycling practices of the informal sector magnify the risks to human health. Primary as well as secondary exposure to certain toxic metals, like lead, results primarily from the open-air burning process that is used in the retrieval of valuable components like gold. The combustion from the burning e-waste forms fine particulate matter that has been linked to both cardiovascular and pulmonary disease.

The Effects of E-Waste: WEEE Disposal and Toxicity

The effects of e-waste or WEEE (Waste from used Electrical and Electronic Equipment) are increasing. E-waste is one of the streams of solid waste that is growing the fastest across the entire world. The rapid IT uptake all across the world, along with the release of new innovations and technologies every so often is the cause of early obsolescence of larger and larger amounts of EEE (electrical and electronic equipment).

The U.S. is believed to be the producer of the highest amount of e-waste on the planet. It has been estimated that each year, more than 100 million televisions, monitors and computers become obsolete, and each year, the amount is increasing.

The effects of e-waste result in damage to our environment and our health. The best way to minimize this is to produce less of it.