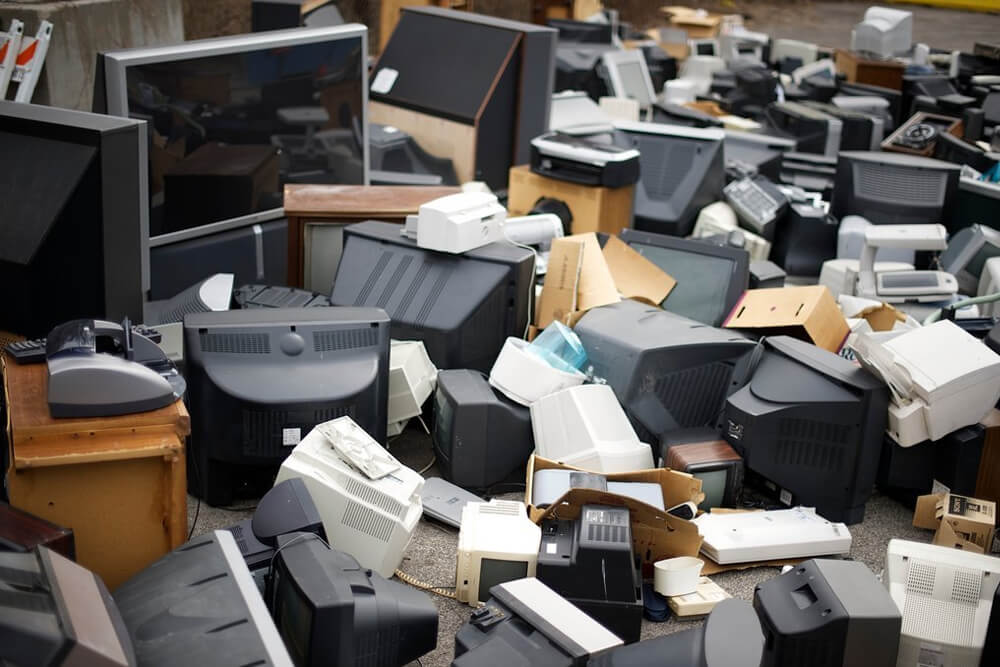 When it’s time to dispose of old computers, you should be equally concerned with preserving the environment and protecting the data on your device. Recycling is an excellent, environmentally-friendly way to deal with an unwanted computer, but only when used in conjunction with hard drive shredding.

Computers, laptops, tablets, cell phones, e-readers: Americans can’t get enough of technology. Technology is developing at an almost unbelievable rate, and we are eager to jump on each new device as it’s released: sometimes even lining up around the block to get our hands on it. And there’s little wonder why. Technology is exciting, it simplifies our lives, brings new pleasures, and opens us up to a world of entertainment that would have been unthinkable only a few decades ago. But for every new device that’s purchased, an old piece of equipment is discarded. And as we’ve learned, when it’s time to dispose of old computers, there’s a right way and a wrong way.

The United Nations commissioned a study back in 2014 suggesting that, of the almost 42 million tons of computers, cell phones, electronics, and other e-waste that was thrown away in 2014 less than 40 percent of it was disposed of properly.

What is the “proper” way to dispose of old computers? And why does it matter? 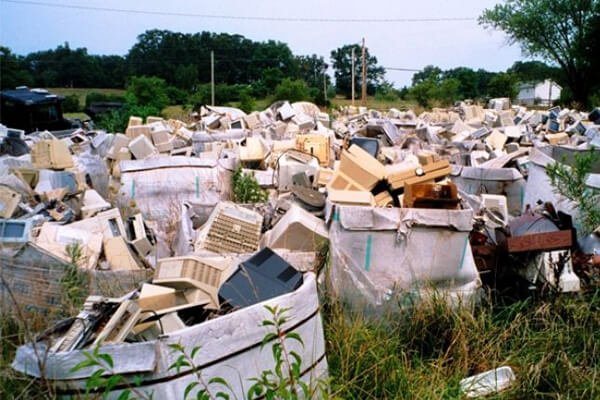 As it turns out, computers are home to an astonishing amount – and variety – of toxic chemicals. Mercury is used in LCD screens, and lead and cadmium, found in batteries, are known cancer-causing agents. Chromium is used to stop computers from corroding, but the chemical itself can cause damage to the kidneys and liver. Motherboards generally contain the known carcinogen Beryllium, while Arsenic – another known carcinogen – and Antimony, which causes gastrointestinal disorders, are other common elements. Other materials used to create connectors, casings, circuit boards, and cables are toxic when burned.

With this understanding, it becomes clear why it is never acceptable to dispose of old computers by throwing them away with household or workplace trash. Trash ends up in landfill, and toxic elements seeping out of old computers en masse is the last thing humans – or the environment – need.

As an example of the possible effects of old computers piling up in landfill, look towards China’s Guiyu region, where developed nations (including the United States) are guilty of exporting their unwanted electronics. The pollution levels caused by toxic materials seeping out of old computers are so high that the water is unpotable, and drinking water is now being brought into the region by trucks from 30 km away.

Dispose of Old Computers Using Recycling, And Be Rewarded

On the flipside, it is not only toxic materials that make up modern computers. Your unwanted desktop also contains valuable substances that can be recovered and reused, including metal, glass, and plastic – even gold.

Recycling is starting to look like an effective way to dispose of old computers, and the government is getting on board. By now, 25 states have enacted legislation that requires old electronics to be recycling, and there is every indication that other states will follow suit.

E-waste recycling programs developed a negative reputation in their early years, but – like technology – their methods have advanced considerably over time, and as further research has been conducted into the toxicity of many computing parts.

The advancements in recycling technology have progressed to the point where recycling centers can recover up to 98% of computer components and turn them into viable secondary raw materials that can be reused. 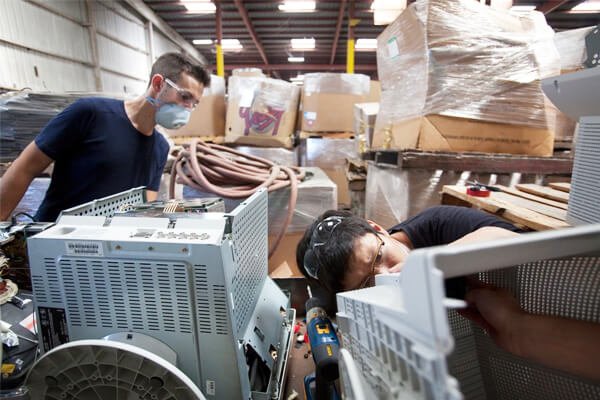 STOP! Before You Recycle Your Computer, Do This First

Recycling and environmental conservation are of vital importance. On the other hand, your primary consideration when looking to dispose of old computers should always be to protect the confidential information stored on the computer.

As a business or organization entrusted with other people’s data, you have legislative and ethical obligations to protect that data. As a private individual, you have a responsibility to protect yourself from identity theft.

The result is the same: before you can even consider recycling your unwanted computers, you must make every effort to destroy the data from the computer first.

As we know by now, deleting data or “wiping” or formatting a hard drive does not actually remove the information from the drive. At best, it makes the data slightly harder to find – not an insurmountable challenge for a dedicated data thief.

As for your hard drive, the only responsible way of completely destroying the data contained within is to use hard drive shredding.

All Green Recycling provides certified hard drive shredding services, which can take place on-site at your premises or in one of our secure facilities. All shredding services come complete with a Certificate of Destruction, absolving you of any liability pertaining to the hard drive.

Combining hard drive shredding and proper recycling is the only responsible way to dispose of old computers. Contact All Green Recycling today to find out more.

How to Recycle Old Electronics