Home»Blog»Where To Recycle Electronics, And Why It’s So Important»Woman Leaves Rare $200,000 +Apple I Computer at Local Recycling Center 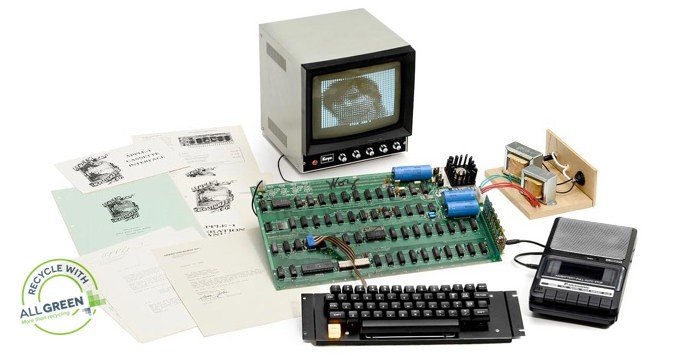 A California electronics recycling center is at a dead end, hoping to hand over a check for $100,000 to an unidentified woman who dropped off an extremely rare Apple I computer amongst her donations and left without providing any of her contact information. The Mystery Woman  In April, a Milpitas, CA woman dropped off several boxes at a…

A California electronics recycling center is at a dead end, hoping to hand over a check for $100,000 to an unidentified woman who dropped off an extremely rare Apple I computer amongst her donations and left without providing any of her contact information.

In April, a Milpitas, CA woman dropped off several boxes at a recycling center. She had stopped by on a Friday shortly before they had closed wanting to quickly get rid of her stuff, stating that she was cleaning out her garage shortly after her husband’s death. The facility had a backlog of donated items at the time the woman had dropped off her boxes so they were unable to go through them until two weeks later.

Upon finally digging through the boxes, workers discovered the Apple I computer and later sold it in May to a private collector for a total sum of $200,000 and are ready to give the woman her half, if they ever find her. The company has a running policy that states it will split whatever it makes from sales with the donor of the items sold. The Vice-President, who was working when the woman initially dropped off the computer explained that the she had declined to leave her information for a tax-receipt. He remembers that the woman had left as quickly as she arrived, driving an SUV. He confidently believes that he would recognize the mystery woman if he saw her again. He states that from now on, he will be much more insistent on getting the contact information of donors. 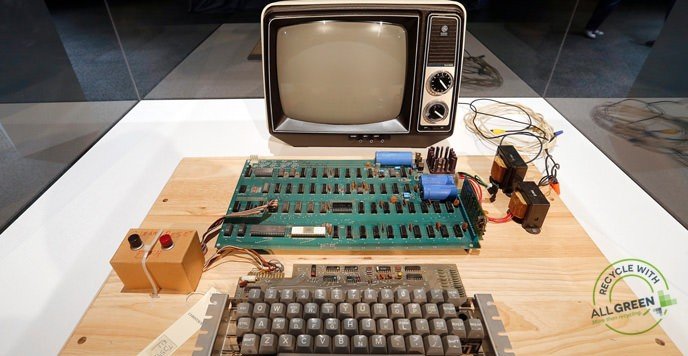 The rare Apple I computer was the first computer made and sold by Apple, Inc., the Cupertino, CA-based consumer electronics company now known for their ever-popular iPhone series and their most recent product, the Apple Watch.

The Apple I computer was designed by company co-founder Steve Wozniak in the garage of co-founder Steve Jobs’ parents. The Apple I was first shown to the public at the Homebrew Computer Club, a hobbyist computer group from Silicon Valley that gathered from 1975 to 1986 which Wozniak and Jobs were members of. The computer, was first sold for $666.66 ($2762.94 today adjusted for inflation) in July of 1976 as a motherboard without basic features including: a case, monitor, and keyboard. Some users would construct their own wooden casings for the computer and attach a separate monitor and keyboard. Wozniak hand-built each of the 200 computers that were sold before it was discontinued in September of 1977.

As of 2013, at least 63 Apple I computers are known to exist and only six are believed to be in working condition. With so few still in existence, the Apple I is known to catch large sums at auction. A still-functioning Apple I computer sold for $671,400 at a German auction house back in the spring of 2013. In the fall of 2014, another working Apple I was sold at auction to the Henry Ford Museum in Dearborn, MI for $905,000.