Home»Blog»Where To Recycle Electronics, And Why It’s So Important»The Growth of the Global Electronic Waste Management Market

The Growth of the Global Electronic Waste Management Market 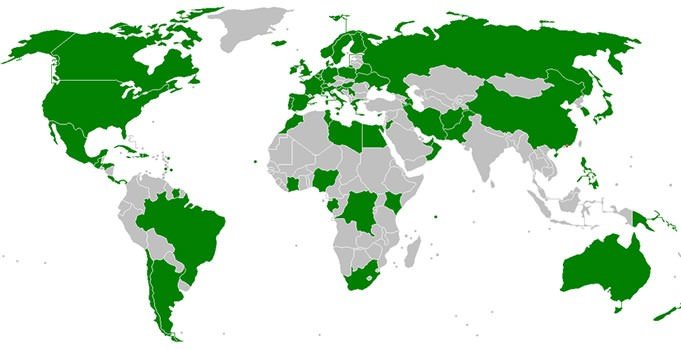 The management of electronic waste is an important industry that is expected to grow considerably over the next decade. Recycling electronic devices recovers many of the valuable components within them, such as gold and other precious metals. Disposing of electronic devices in landfills can be an extreme hazard to the environment and can cause many health problems to…

The management of electronic waste is an important industry that is expected to grow considerably over the next decade. Recycling electronic devices recovers many of the valuable components within them, such as gold and other precious metals. Disposing of electronic devices in landfills can be an extreme hazard to the environment and can cause many health problems to the residents nearby. Because of these reasons, there is a growing industry that thrives on our discarded electronic devices. This industry is expected to grow at a rate of 23.5% per year during the years 2014 to 2020, which will make it one of the fastest growing industries on the planet.

Currently, this growing industry is centered in the Asia-Pacific region, where many of the electronic devices from other parts of the world are shipped in to undergo recycling and processing. The second largest contributor to the global E-waste industry is Europe, where many of the residents are already very aware of the importance of E-waste recycling. A part of the world which is somewhat behind in this growing industry is North America, where a major portion of its E-waste is shipped to Asia and West Africa. Poor disposal of these products (such as cathode-ray tubes which are commonly found in televisions, cell phones, and old laptops) can ultimately lead to adverse environmental and health outcomes.

Although the US is currently the world’s largest exporter of E-waste, steps are being made to increase domestic recycling programs. The National Center for Electronics Recycling is a US-based organization that is committed to developing the domestic E-waste recycling market. In 2010 the US exported a large portion of its E-waste, however this is expected to change as it continues to develop a domestic recycling market. Adoption of domestic E-waste recycling programs will reduce the amounts of export to developing nations and further reduce adverse environmental and health effects associated with disposal in those nations.

On a global scale, electronic devices are more likely to be trashed than recycled. One estimate has indicated that approximately 57.7 million tons of E-waste were produced globally in 2013, or an average of 15 lbs. per person living on the planet. As newer electronic devices are produced every year, there is a growing need for individuals to adapt to the latest technologies. Hence people are constantly upgrading their cellphones, laptop computers, and television sets, and even refrigerators. It has been found that household appliances account for up to 46% of all E-waste.

Many companies are beginning to cash in on the E-waste recycling industry. Computer manufacturer Dell recently began producing a computer that is made from recycled plastic salvaged from recycled E-waste. Many government agencies have also begun to take initiatives to deal with the growing amount of E-waste that has been generated over the years. For example, StEP (Solving the E-waste Problem) is a German organization that contributes to E-waste recycling. They are helping to educate the public about the importance of recycling E-waste.

The global E-waste market is expected to reach close to $50 billion over the next 5 years. It is one of the fastest growing industries currently and is spurred by our ever-increasing need to have the latest electronics and household appliances. It is important that we are able to dispose of our E-waste in environmentally and health-friendly ways.