Protect your technology and ensure your manufactured goods stay off the grey market with our secure equipment destruction and reverse logistics service.

Withdraw your products from the marketplace and ensure proper destruction of defective products. Our Green Pulse® technology keeps you informed at every step.

Classified and sensitive data is safe and certified with our equipment destruction capability. With HIPAA and DoD certification, your technology is in safe hands.

You can opt for our reverse logistics service to manage the end-to-end pickup and delivery of your sensitive electronic equipment to our nearest electronics destruction facility.

Without correct disposal through defective product destruction, your defective products, prototypes and recalls can turn up in the resale market to compete against you. There is also the chance of image, logo, and brand theft.

We can destroy almost any electronic equipment you make – from printers and mobile phones to PCs and hover boards – and they are demolished in full compliance with federal, state, and local regulations.

At All Green, your items are not just thoughtfully disposed, they are permanently destroyed.

In some cases, your defective products can reach the black or grey markets and become unwanted competition for your brand. Your reputation can also be at risk from customers acquiring faulty, damaged, or unsafe stock that was not approved by your manufacturing QA processes.

Make sure your business is in good hands with secure defective product destruction for your electronic equipment.

Sending Your Brand to Landfill Leaves You Exposed

Sending your defective electronic goods to landfill leaves you vulnerable to privacy breach, security breach, and technology breach. You NEED to ensure your reputation is in safe hands with secure and certified electronics destruction.

Some items that may be suitable for our defective product destruction service include:

Numerous reports are surfacing of whitegoods – particularly refrigerators and freezers – exploding and causing grave injuries and even death. If that wasn’t disturbing enough, further reports suggest that many of the whitegood death traps were defective products and had been subject to a recall, according to the Daily Mail.

The Daily Mail also reported that more than 250 electrical products have been the subject of a defective product recall over the past six years, yet huge numbers of defective whitegoods are still in circulation.

The question then becomes: how many of these defective products are still being used because they were purchased prior to the recall and the owners are unaware that the product has been recalled, and how many were sold on the gray or black market after the recall was announced?

If manufacturers are not vigilant about making use of defective product destruction to completely eradicate all forms of a product once it has been identified as unsafe or defective, goods can easily end up on the gray or black market by unscrupulous retailers looking to make easy money.

Don’t fall victim. Cement your brand integrity and satisfy the needs of regulators and stakeholders with defective product destruction from All Green Recycling. 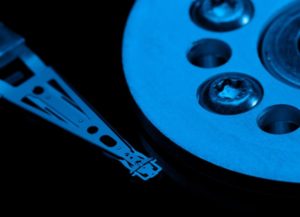 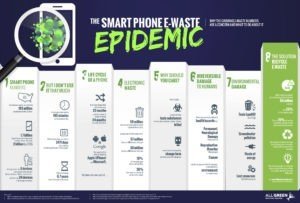