Home»Blog»Where To Recycle Electronics, And Why It’s So Important»First Month of NY Electronic Recycling Deemed a Success 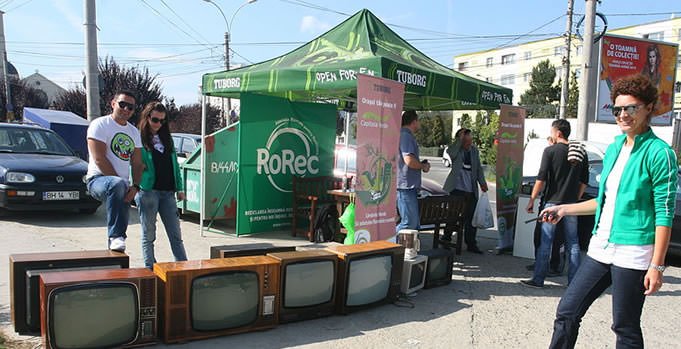 The first electronic recycling collection event was held at the Monroe County Ecopark after the newly-introduced New York electronic recycling laws came into effect from January 2015. The organizing authorities claimed that the event attracted a lot of attention and a good response from the local people who are looking to dispose of their electronic items safely, avoiding…

The first electronic recycling collection event was held at the Monroe County Ecopark after the newly-introduced New York electronic recycling laws came into effect from January 2015. The organizing authorities claimed that the event attracted a lot of attention and a good response from the local people who are looking to dispose of their electronic items safely, avoiding new potential fines.

Over 1000 Participants in Recycling Event

According to the organizers, more than a thousand people participated in this collection event held on February 7th 2015 between 9am and 1 pm. The event was sponsored by republican Senator Joseph Robach. Later, the senator revealed that around 130 thousand pounds of old electronic goods were collected during the event. The senator also remarked that this event was organized for the public in order to help them participate in the important work of recycling without having to spend money personally.

People who attended the event came with old computers, laptops, cell phones, gaming systems and used electronic gadgets. Rich Stein, one of the locals participating in the event from the Gates region, remarked that he has brought a couple of computers, laptops, some old satellite equipment and a number of cell phones to be disposed of responsibly.

There were some electronic devices that were not eligible for free collection during this event. These included color televisions and monitors with cathode ray tubes (CRTs). In order to recycle such items, owners needed to pay a fee of $10 for each item containing a CRT. One of the organizers for the event, Community Outreach, informed press that cathode ray tubes contain lead in their glass and require special treatment. Due to this reason, organizers had decided to collect $10 for electronic items containing CRT. This is a small fee overall, as many locations in New York such as Goodwill, don’t accept any electronic goods containing a CRT at all.

The City of New York welcomed 2015 with a new environmentally-friendly law for the recycling of old electronic items. According to the newly-passed law, any New York resident found disposing of used electronic goods in an unsafe manner could be slapped a hefty fine. Anyone found disposing of electronic devices in an improper manner will have to pay a fine of $100 per incident, which is one reason so many people took the opportunity to attend the free disposal event.

The New York City Department of Sanitation remarked that this new electronic recycling law would go a long way to keeping harmful electronic components out of the general waste stream, something which has been of concern in New York for a long time. By participating in the electronics recycling program, New Yorkers can play a big role in protecting the environment and also help in reducing disposal costs. One of the representatives from the public works commissioner remarked that the city uses eight roll-off dumpsters every month for the disposal of E-waste collected every month.