Connect with All Green Recycling for Electronics Recycling Manteca Services in California. The Golden State, being the most popular states in the world, needs to be ecologically sustainable for its people and its millions of tourists.

Responsible Electronics Recycling is our main goal. We want to ensure a bright and environmentally safe future for the next generations.

Retiring old electronic devices is easy through our IT Asset Disposition service. You may even earn some money after remarketing.

We accept all kinds of electronic equipment. And we ensure that data will be safe and secure through our Data Destruction program.

We don’t send anything overseas for processing. But to put you at ease, we also provide an Equipment Destruction for your peace of mind. 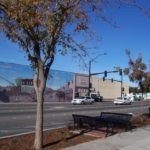 It is regrettable that the United States, a highly advanced country, is part of the continent with a lower recycling rate. The Global E-Waste Monitor 2017 reported that The Americas only has only recycled 1.9 million tons of waste per year. Of course, the United States is not the only country in the Americas, which also includes the other countries under North and South America. Unfortunately, a number of South American countries are not as developed as the US. It probably accounts for the low recycling rate. But if we have to make the country more environmentally conscious, we have to start embracing a responsible e-waste management with our Electronics Recycling Manteca Services.

Known as the Family City, Manteca is in San Joaquin County in California. And it has quite a large familial population: the city is home to over 75,000 people based on a 2015 US Census. With this many people, expect that electronic wastes are also in large quantity. The Americas collectively generated 11.3 million tons. A large chunk of this is understandable from the US. But the 34 other countries have contributed as well.

All Green Recycling Keeps It in the Country 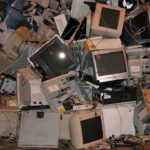 Some companies dispose their collected electronic wastes to more impoverished countries in Africa and Asia. Some countries accept the challenge because it will earn in dollars. However, since All Green Recycling’s goal is to be environmentally responsible, dumping electronic wastes to other countries doesn’t bode well for that goal. And to prove that nothing will ever reach the non-American soil, we allow electronic equipment up for disposal to undergo Manteca Hard Drive Shredding. The danger of dumping old electronics in other countries is that some of the devices could be resold on the black market.

Bad for the Reputation

Imagine a retired computer system that is no longer functioning well because of old age and wear and tear. This system will be dumped into a poorer country. But since computers are advanced in the US, people in these developing nations may sell the equipment on the black market. However, remember that the retirable devices retain the logo and company name. People might think that the system is not functioning well because it was badly manufactured. Allow us to handle IT Asset Disposition properly.