What Is CRT TV Recycling?

What is a CRT TV? A CRT television is a type of television that was most widely used back before the invention of the flat screen television. CRT stands for cathode ray tube. There are actually a number of different types of cathode ray tubes, but they all are similar in many ways. Some ITAD vendors will actually pay you to recycle them, but many will end up at a general electronics recycling facility for disposal. 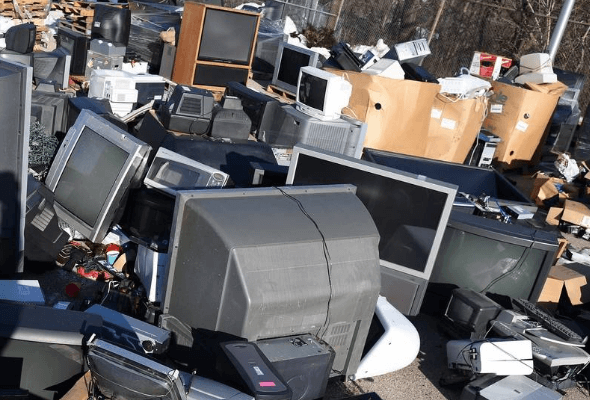 Why Are We Popular?

All Green Electronics Recycling has been popular in the E-Waste Recycling Industry. We have 5 main services such as Electronics Recycling, Computer Recycling, Data Destruction, Hard Drive Shredding, and IT Asset Disposition. Any of these services being offered can help you a lot. Pick one now and you’ll never regret in your entire life. We have the expertise, the skills, and the professionalism that you need to have when tapping for a certain electronic recycler. We’ve been operating for years already not only in this country but also in some parts of Northern America. We’re therefore one of the best in this field.

Your outdated CRT television sets, you have to remember, may contain toxic chemicals that must be handled properly. Specifically, they contain phosphorus and lead. So what to do now? Contact us as we provide you the best e-waste services ever. With our skilled workers who are ready to work 24/7, you will totally be happy and fulfilled. We’re expert in this industry. So you’ll be experiencing the things you expect from a professional service provider. For more than 10 years now, we excel in this industry. Through our professional services, you’ll be assured that your CRT TV will never reach the landfills.

What Is A CRT TV? A Television made with a Cathode Ray Tube

What is a CRT TV? The CRT in a CRT TV is the cathode ray tube, which is essentially a vacuum tube that contains one or more electron guns as well as a fluorescent screen that is used for viewing images. It has a way of accelerating and deflecting electron beam(s) onto television screens in order to create the actual images. The images can symbolize electrical waveforms in an oscilloscope, and pictures in television screens and computer monitors.

What is a CRT TV? CRTs use evacuated glass envelopes, which are large, deep, relatively heavy, and fairly fragile. For safety reasons, the face is usually made out of a thick lead glass. This is done so it can be highly shatter-resistant and so it can block the majority of X-ray emissions, especially when the CRTs are being used in consumer products.

In recent years, CRT TVs have been all but outdated by newer display technologies like LCDs, plasma displays, and OLEDs, all of which cost less to manufacture, consume less power, and are lower in weights and bulks.

What is a CRT TV? In both CRT television sets as well as CRT computer monitors, the whole front area of the CRT tube is systematically and repetitively scanned in a raster, which is a fixed pattern. The images are produced by using a process of controlling intensity amounts of all three electron beams. There is one electron beam for each of the additive primary colors (red, blue, and green) with the video signal utilized as a reference.

What is a CRT TV, when it comes to electronic waste? As e-waste, CRT TVs are one the most difficult types of TVs to recycle. And while they wouldn’t be classed as a device that stores sensitive data, like a hard drive, CRTs contain a large concentration of phosphors and lead. Both of these are necessities for its display.

A number of companies located in the U.S. charge small fees for the collection of CRT TVS as well as other CRT items. Then, they subsidize their labor via the sale of wire, printed circuit boards and copper. Leaded CRT glass gets sold so that it can be re-melted either into other CRTs or broken down to be used in the construction of roads.

So, what is a CRT TV? CRT TVs are much harder to come across these days, because newer technologies like LCDs, OLEDs, plasma displays and other technology has pretty much replaced them.